Google Must Stop Sharks From Eating the Internet | The Mary Sue

Google Is Trying to Stop Sharks From Eating the Internet

Repeat after me: "The Internet is friends—NOT food." 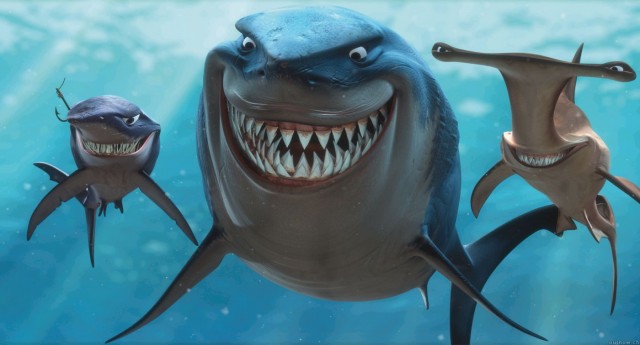 Undersea fiber optic lines keep the Internet humming along at a steady pace, but that humming has apparently been attracting sharks. Now, Google has to go back and reinforce some if its more than 100,000 miles of fiber optic cables so that sharks don’t eat the Internet.

Unlike land-based fiber optic cables, the deep sea kind needs to also carry strong electrical current to the repeaters that allow the signals they carry to traverse long distances underwater. The theory is that the electric and magnetic fields generated by that current create disturbances similar to struggling fish, which is what has convinced the sharks they need some extra fiber in their diets.

Here, take a look at the devourer of the Internet feasting on his prey:

Luckily, the solution Google announced at a Google Cloud Roadshow is simple: They wrap the cables in a Kevlar-like material so that shark attacks don’t damage the valuable cat videos and reaction GIFs traveling along inside (or the sensitive fiber optics).

Get ready for some pretty angry sharks, though. I get pretty upset when I can’t intake all the fresh Internet I want, and the reinforcement material only stops sharks from getting to the goods—they’re still drawn to it. We’re going to need a bigger Internet.

(via Gizmodo, image via Finding Nemo)