Discovery Is Misleading Scientists To Be Interviewed for Shark Week Pseudoscience 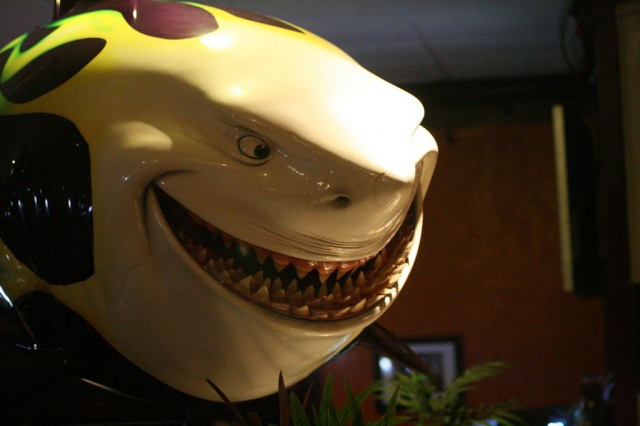 Last year Discovery got on the Internet’s bad side by presenting a fictional story about a fictional search for a fictional megalodon, but it turns out they like it there. They’re continuing their shady pseudoscience practices and io9 is reporting that they’re misleading scientists to get interviews for their fake Shark Week documentaries.

The story ran yesterday and outlines how Discovery got shark researcher Jonathan Davis to appear in 2013’s Voodoo Shark, a fake documentary that was edited to look like Davis was in a race with local fisherman to catch “Roonan” a cryptid shark that supposedly lives in the Louisiana Bayou. They asked unrelated questions and edited his answers to fit the narrative of the film, essentially putting his credibility at risk to push a false narrative.

This type of thing shouldn’t sound too surprising to anyone familiar with “reality” television. It’s the exact same model. Shoot enough footage of people talking, and you can edit them to say whatever you want. The difference is that Shark Week was seen as a scientific endeavor, so people are more likely to believe what they’re seeing.

The io9 story also shows how Discovery has not abandoned the practice. For the upcoming Monster Hammerhead, they tricked Shedd Aquarium Postdoctoral Research Associate Kristine Stump into being interviewed by giving her a description for a very different documentary than the one she’ll be appearing it, which boasts that it “explores a legendary hammerhead shark that has been patrolling Florida’s shores for the past 60 years.”

Stump was told the film would focus on actual research goals and challenges of real shark researchers. They failed to mention the mythical monster. But Stump hasn’t lost faith in Shark Week entirely, and sees that her inclusion could be a force for good, a sort of balance against the nonsense.

(via io9, image via Les Stockton)