Stories we love, stories readers hated, and why everyone should be nicer on the Internet. 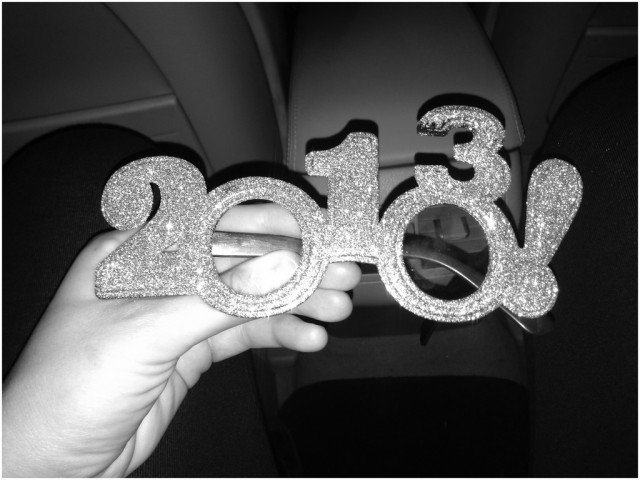 For our last podcast of 2013, we wanted to take a look back at our year at Geekosystem and talk about some of our favorite stories we’ve covered. That eventually turned into us reflecting on stories that didn’t seem to go over as well with readers, and then we decided the Internet’s resolution for 2014 is “be nice.” So what stories were our favorites?

You can listen to the episode right here, or subscribe in iTunes!

There’s no Victoria this week, but we’re joined again by Weekend Editor Sam Maggs. Having one less host means that Glen and Dan don’t have to share a microphone this week, which makes them a little sad, because friendship.

We start the episode by discussing last week’s episode “Elfnog” and how much fun it was to drink a bunch of boozy eggnog at work.

Sam was really happy the Internet really took to the Doctor Who-inspired mixtape “Bigger on the Inside.” It’s really great, so if you happened to miss that one, go check it out now. We also mention this story of a weird jellyfish-like monster that washed up on a beach, and how much we love weird animal stories.

Dan was a big fan of the story about the giant Xbox One that was filled with zombies, and we all decide we want to live in a world where Microsoft locked a bunch of poor actors in an Xbox for a week.

We decided to start Dan off right for his first day back in October by ranking all five of the General Mills “Monster Cereals.” Not surprisingly, a story that required us to eat a bunch of cereal at work was one of our favorites. When Sam visited the office during New York Comic Con she was amazed to see them all, because they’re not available in Canada.

Sam’s story about how bacon could make you live longer was not only one of her favorites, but our readers seemed to really love it as well. We also accidentally found a bunch of videos of guys named Dan eating raw bacon. That disgusting idea got us on the topic of “The Christmas Tinner” and our continued disbelief and fascination with a nine-layer canned meal.

We do a quick recap of Glen’s never-ending battle against spoiler culture, and touch on possibly his number one favorite post of the year — his Spoiler-Free Movie Review where he wrote a movie review, but redacted every fact about the film. Although it was one of Glen’s favorites, not everyone got the joke.

That’s more or less where the episode turns to focus on stories that readers got mad at us over like our story about people overreacting to YouTube forcing commenters to use a Google+ account. We had a similar situation when we wrote about the YouTube copyright flagging controversy.

We take a break from focusing on the Internet hating us to talk about how much we loved the Tom Hiddleston/Benedict Cumberbatch dance off, and also the Doctor Who/Sherlock mashup that really took us by surprise.

We talk about our least favorite tips to get in our inbox — weird pickup artist videos people keep sending us even though we all hate them and will never write about them. Please stop sending them. Also stop making them.

Another highlight of 2013 was the frequency with which Glen got to write about chess. His favorite was the Webster University chess team billboard that got student athletes upset. We also learned that chess pawns used to have individual names.

In Victoria’s absence, we talked about stories she did that we all really enjoyed like her series on the fall of Horse_ebooks, and her posts about the fake Discovery “documentary” about the Megalodon. This leads to a discussion on how great believing in science is, because you get to evolve your thoughts on things in the face of new evidence. It’s really tremendous, and we think everyone should get on board.

We’ll have a post about our New Year’s resolutions up tomorrow, but we discuss the idea that the Internet as a whole should have one as well. We also decide what it should be. In 2014, we think you should be nice, Internet. Not necessarily to us, just in general. Hate-commenting under an anonymous username is a little 2012. Moving into the new year, we can all do better.

For our last round of Editors’ Picks this year, Glen recommends the Netflix original series Derek.

It’s a series by The Office creator Ricky Gervais. Some early reactions we saw to it were from people who seemed to think the show was somehow Gervais making fun of the mentally handicapped, but it isn’t about that at all. It’s a surprisingly sweet story about a man who loves his friends, animal videos on YouTube, and helping people. Derek isn’t the butt of jokes, he’s the envy of the other characters.

He said of the game:

Kid Icarus: Uprising was pretty much the entire reason I got a 3DS until Smash Bros. comes out, and I wasn’t let down. It’s half flying, on-rails shooter and half run & gun action game, but the ease of customization for your weapons and the in-game conversations between characters really made me feel immersed in the game.

Don’t be scared off by the thought of characters who talk too much, either. It’s not your standard video game dialogue that gets repeated so often you want to mute it. One of the best things about this game is its sense of humor and that the whole thing is basically scripted, so that jokes and comments aren’t repeated, which gives the whole thing a nice, cinematic feel and a flow that guides you through the game.

Sam, like all of us, is really excited for Sherlock Series Three. She’s so excited that she’s making it her pick this week without even seeing it yet.

So there you have it, Internet. That’s our 2013 year-in-review. None of it would have been possible without you, so thanks! We have a lot of good stuff planned for 2014 that we hope you’ll like.