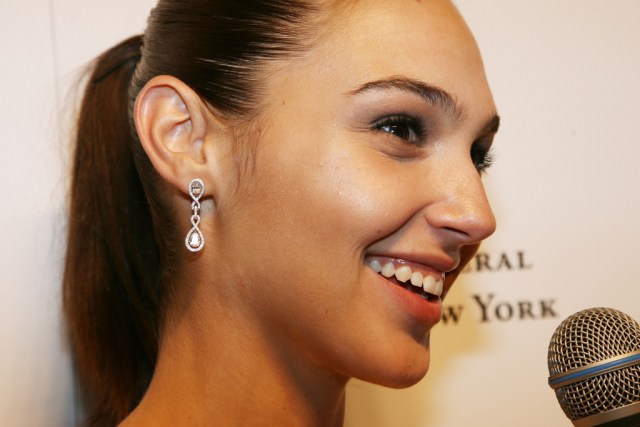 The Geekosystem Podcast goes international this week as our wonderful weekend editor Sam Maggs Skypes in to join the conversation from Canada. Most of the episode is devoted to discussing Gal Gadot being cast as Wonder Woman in Man of Steel 2. Oh yes, we have opinions.

Check out the podcast right here, or subscribe in iTunes.

We were thrilled to finally have Sam join the podcast after conquering some earlier technical difficulties, and it was a great episode to bring her in on. The Geekosystem team all generally agrees that the negative attacks against Gadot aren’t the way to handle casting news you don’t like, but it seems like that’s all we agreed on when it comes to Wonder Gadot.

Should they have cast someone else? Should fans just accept that they’re not part of the casting process? Is it too early to really have an informed opinion on this? Do fans really “deserve” anything from creators? We discuss all that and more while still managing to stay friends.

Sam makes her first Editor’s Pick by recommending you pick up “The Day of the Doctor” on DVD. Why? Sam says:

The Doctor Who 50th Anniversary Special, “The Day of the Doctor,” was released on DVD and Blu-Ray today, and I was all over it. Bringing together Matt Smith, David Tennant, Billie Piper, and John Hurt, the episode (in my opinion) was a piece of brilliance. Laughter and tears abound in this special, and also lady-feels because, hi, that’s a lot of attractiveness on my screen.
Notable special features include the Paul McGann short “The Night of the Doctor,” and the Behind-The-Scenes featurette that ran after the big-screen 3D showings of the special. Despite the previous season being a horrific let-down (don’t argue that with me, it just was), the 50th renewed my hope in Steven Moffat, and got me excited the introduction of Peter Capaldi at Christmas. Geronimo!

Project M 3.0 (which just released yesterday) is a fan modification of Super Smash Bros. Brawl that requires no changes to your Wii (or Wii U) to play. All you need is an SD card with Project M loaded onto it and a copy of Super Smash Bros. Brawl. The mod adds new moves, characters, stages, costumes, and music. The developers are huge fans of the series who have taken the best elements from all three past games and combined them for the ultimate Smash Bros. game.

And as mentioned in the episode, here’s the video of Dan’s addition of Scott Pilgrim to Smash Bros.
Victoria is making all kinds of recommendations this week.

First off, we have the Star Trek Universe mod for FTL (Faster than Light), which replaces all the ships in the game with ones from Star Trek. You’ll need Grognak’s Mod Manager to run it, but it should work just fine across all platforms.
Next, you should go watch Catching Fire because it was incredible. Lastly, go check out Noelle Stevenson’s Tumblr, Gingerhaze. She’s an illustrator who does a lot of great drawings of stuff you probably already enjoy likeAvengers, Thor, and Pacific Rim, but she also just saw Catching Fire and has been drawing a lot of comics about it and they are the best.

Finally, Glen’s been really into the album Christmas Thanks for Nothing by The Slow Club, particularly their song “Christmas TV”.

The six-song EP beautifully celebrates the sadder parts of the Christmas season, but in a way that’s truly wonderful. The songs are sad, but they’re sad because the characters in the song miss someone. The last song, “Christmas TV” ends with a repeating chorus of “Just come on home” that gets progressively more upbeat as the song builds to a close.
It’s not an album you put on to wallow in your holiday blues. It’s something that lifts you out of them. Sure, the holidays can be sad, but none of that matters when you have someone with whom you can watch Christmas TV.

Finally, we have a quick discussion on the new GOG.com policy that lets players “return” downloaded games if they don’t work on their systems. It seems like they’re putting a lot of trust in gamers, and we hope it pays out for them.