We're day-drinking at work for science! 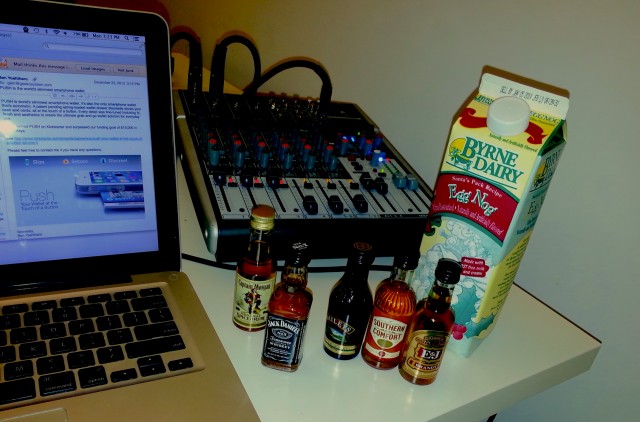 It’s our Christmas episode! We decided to celebrate by determining what liquor tastes best in eggnog with an “experiment.” Sometimes experiments mean drinking at work. We’re also joined again by Weekend Editor Sam Maggs to talk about our Editors’ Picks for this week.

Here’s the episode! As always, you can also subscribe in iTunes, and while you’re there why not say something nice about the show in the reviews?

Eggnog is a holiday tradition, that we’re only recent adopters of. In getting ready for Christmas we’ve been trying different recipes and wanted to know once and for all what the best liquor is for nog purposes. We tried Captain Morgan spiced rum, Jack Daniel’s Tennessee whiskey, Bailey’s Irish creme, Southern Comfort, and E&J Brandy. To keep the focus on the booze itself, we used a store-bought nog rather than making it ourselves, but Byrne Dairy surprised us with nog quality.

As the team boozes their way through their “research” we also talked about protests in Iceland over protecting elf habitats, because it turns out a surprisingly high percentage of Icelanders can’t say for sure they don’t believe in elves. The case is going all the way to the Iceland Supreme Court. You can read more about that story right here.

During a break from recording we got some mail from the folks at Mayhem Soaps who sent us some lovely Star Wars zombie soaps. We couldn’t quite figure out what it smells like, but it smells nice, and we’re looking forward to scrubbing down with Zombie Vader. We also got a copy of the book Phoenix Island by John Dixon. The description of “Lord of the Flies meets Wolverine and Cool Hand Luke,” on the back had us pretty excited to check it out.

As for Editors’ Picks this week. Here’s what Dan had to say about The Titanium Physicists Podcast: 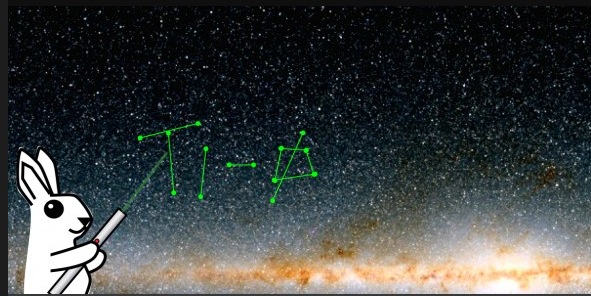 The Titanium Physicists Podcast is like being in science class, but even more fun! (If you’re on Geekosystem, we’re assuming that sentence makes sense to you.) It’s headed up by Dr. Ben Tippett, who is one of the physicists who wrote the paper on the TARDIS we recently covered, which was super entertaining and full of Doctor Who characters explaining real physics.

The podcast is similar in that they tackle real science topics with a rotating gallery of physicist guests with a bunch of humor and fun analogies mixed in. It’s like the greatest science classroom the Internet can give you.

Not to get all girly on you guys, but I’m geeking out over some online shopping this week. Victoria and I share an obsession with Sailor Moon, and (after coveting all her amazing goodies from Premium Bandai) I finally learned how to use a Shopping Service to order items from Japan! I used a deputy called FromJapan, and there are easy-to-follow instructions for how to order your items right here. I pre-ordered these great figurines – but only because these sweet undie sets were sold out. I also finally put an order through on YesStyle, including these hilarious cat tights, because sale items, free shipping, and cat clothes are three things I just can’t resist.

Victoria again tries to get in some bonus picks: 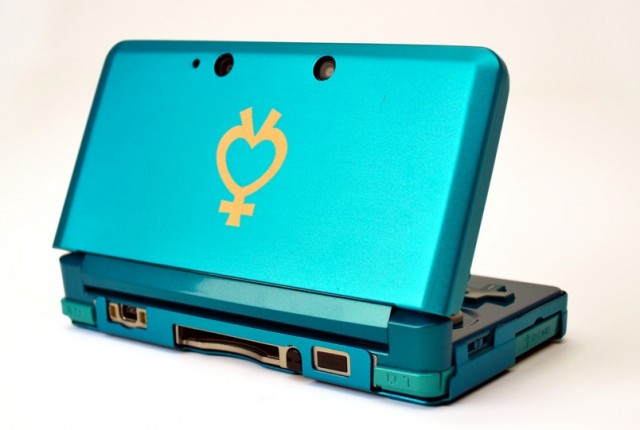 Because I am totally predictable, my first pick is Lightning and Lace, a cosplay accessory store that specializes in what I think might be Homestuck glasses? But which also makes this really cool aluminum Nintendo 3DS cover that looks like the supercomputer Sailor Mercury uses. Now I can pretend I’m secretly fighting the Negaverse when I play Animal Crossing on the subway, which pleases me endlessly because dork.

My second pick is Deep Space Nine, which is available on Netflix and is definitely worth watching alongside The Next Generation, because it’s able to go into a lot more world-building, particularly with respects to Bajorans, Cardassians, and Ferengi. Remember how stupid Ferengi were in the first season of TNG? They are not anymore. It’s pretty great.

Glen was going to recommend Amazon Prime because of great it’s made Christmas shopping this year, but felt there was enough online shopping in this week’s picks, so he made a last minute change to Little Big Planet Karting on the PlayStation 3. Here’s why:

I generally don’t like games where I have to kill things. It’s not a hard and fast rule. I loved Skyrim for example, but generally I prefer games I’d be comfortable playing in front of my daughter. Little Big Planet Karting is a pretty standard MarioKart knockoff, but the level to which you can customize your little sock-person sets it apart for me.

Besides getting to dress my little guy up in suits and trick out his hoverkart, I really love the overall atmosphere of the LBP franchise. The voiceover is actually entertaining and enjoyable, rather than annoying like a lot of games that try to be clever. I have about a dozen PS3 games, and access to more with the PlayStaion Plus account, but I find myself coming back to LBP Karting more than any other game just for the sheer enjoyability of it all.

There’s also a wonderful introduction to the game that I think a lot of people skip through after watching it maybe one time, but I watch the whole thing probably more than half the time I turn the game on. It’s a beautifully calming short film about sitting in traffic.

As for the booze ranking, we all agree that spiced rum is really the way to go.

Our theme song is the delightful “A Theme for Harold (Var. 3)” by Kevin MacLeod.