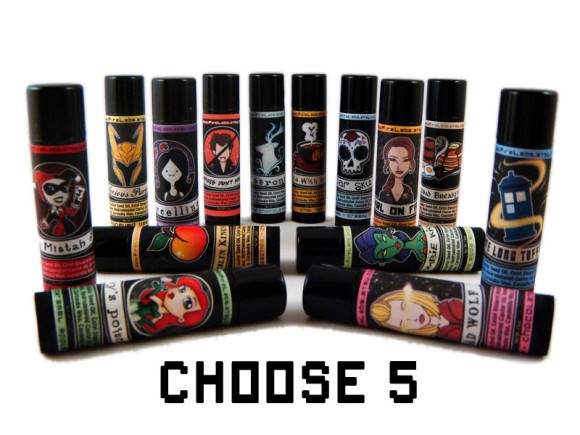 According to Geek Fire Labs, Loki smells of peaches and honey, Katniss of cinnamon and french vanilla, Marceline of strawberries, and your patronus of white chocolate, vanilla, and mint. I don’t have problems with any of these, and if you feel the same way, you can buy their charmingly decorated lip balms on Etsy, alone, in a batch, or as a gift set with cute buttons.