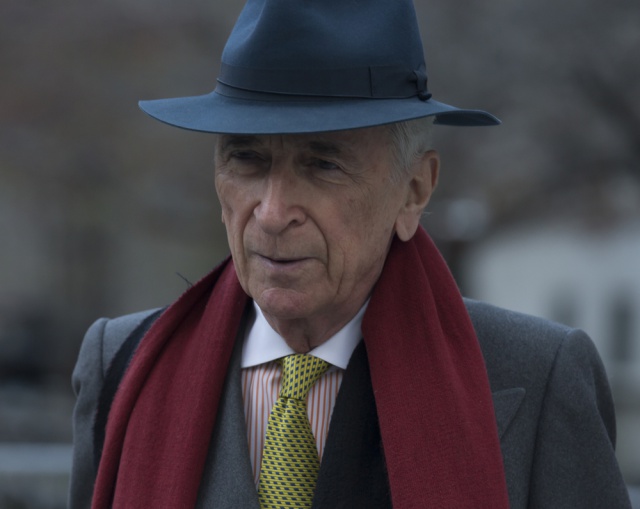 Thankfully, since Kevin Spacey was accused of sexual harassment by Anthony Rapp on Buzzfeed news, people have been cutting ties with him left and right. Netflix has dropped him, the Emmy’s are no longer giving him an honorary award, and more allegations have been pouring in showing that this was not a one-time thing. Apparently, Gay Talese did not get the memo.

The esteemed and influential journalist made comments in support of Spacey this past Monday night at the New York Public Library’s annual Library Lions Gala. While he was there a reporter from Vanity Fair asked who he would like to profile and Talese responded “Kevin Spacey.”

At first, you could almost say, well maybe he wants to talk to Spacey about the extent of these charges and explore how he, foolishly, thought coming out as a gay man would somehow prevent him from a backlash. Oh, no. Instead, Talese wanted to do the piece in order to defend Spacey’s career, “I would like to ask [Spacey] how it feels to lose a lifetime of success and hard work all because of 10 minutes of indiscretion 10 years or more ago. I feel so sad, and I hate that actor that ruined this guy’s career. So, O.K., it happened 10 years ago. . . . Jesus, suck it up once in a while!”

Are you fucking kidding me? Actually, you know what, I know he’s not kidding and that’s the damn problem. How dare anyone say that Rapp ruined Spacey’s career? Spacey ruined his own career. He was the one who decided to cross the line, Spacey was a 26-year-old many at the time and Rapp was a 14-year-old child!

Additionally, this was not a one-time thing. Several men, including people who worked on House of Cards, have accused him of sexual harassment.

Sure Jan. But this is coming from the man who said he could not think of any female writers he has loved and asked a black female journalist when she was going to get her nails done, so Talese has been screwing up for a while. Nevertheless, it is disappointing that such an important literary journalist has decided to take the side of the perpetrator because his body of work is impressive. Not to mention deflect the issue to make it about how everyone has done something to be ashamed of.

Yes, I have many outfits and hairstyle decisions I’m embarrassed by and some problematic language to boot. However, I’ve never sexually assaulted anyone and I think a number of people can say they haven’t. Nevertheless, if you rape or sexually harass someone it should come back to harm you because those things are crimes, not just indiscretions.

With the pushback that Talese is getting from everyone, including Esquire editor Tyler Coates who wrote, “I’d like to ask Gay Talese how it feels to lose a lifetime of success and hard work all because he revealed himself to be a s‑‑‑ty person” this might turn into one of those situations he is going to be ashamed of in the future.