“You Only Needed to Be a Man Under 30 for Him to Feel Free to Touch Us”: More Kevin Spacey Horror Stories Emerge 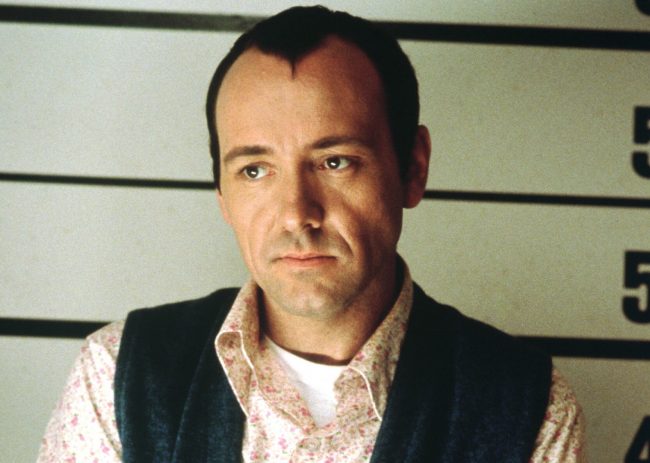 “There are many of us who have a ‘Kevin Spacey story,” says actor Roberto Cavazos, according to People. Cavazos claims that during Spacey’s 12-year-run as the artistic director of the Old Vic Theatre in London, “unwanted sexual advances” was considered “common” behavior from Spacey. Cavazos’ comments not only help maintain the much-needed spotlight on Spacey’s actions, but also show that while women have faced a history of having their harassment ignored or maligned, the situation can be extremely difficult for a man to navigate:

“I myself had a couple of unpleasant encounters with Spacey that were on the edge of being considered assault,” the 35-year-old actor, who performed in several productions at the acclaimed London theatre, wrote in Spanish on his Facebook page. “In fact, if I was a woman, I probably wouldn’t have doubted in identifying them as such, but I guess the lack of a direct or aggressive action led me to justify the incident as ‘one of those things.’ ”

Cavazos continues, “It seems like you only needed to be a man under 30 for him to feel free to touch us. It was so common that it turned into a (very bad) joke amongst us.” And herein lies one of the biggest problems with all of the stories that are now pouring forth: for so long, it really didn’t matter how many people were harassed or assaulted when their assailant was someone rich, powerful, or famous—in Spacey’s case, all three. The behavior of the Weinsteins and the Spaceys and the Ratners of the world—with new people coming to light every day—is what we call “an open secret.”

It wasn’t that no one knew or no one cared before. It was that they had no recourse to be truly heard or for there to be real consequences for the harassers. Whisper networks sent out warnings, and jokes were made because comedy can be cathartic and carry important truths.

Filmmaker Tony Montana has also shared his story about Spacey physically and forcefully grabbing “his whole package” in a pub in 2003. As Radar Online reports:

Montana claimed a seemingly intoxicated Spacey, 58, then said to him, “This designates ownership.”

Montana shares that as a result of Spacey’s actions, he struggled with PTSD, and had only ever disclosed what happened to therapists. Mind you, this incident would have been 32 years after Anthony Rapp’s encounter with Spacey. It’s horrifying to imagine how many people the actor may have preyed upon in this time period. Three decades later, he was still up to the same aggressive, unwanted propositions that he had been using as a young man. And as with Harvey Weinstein, I imagine that this could only be the tip of the iceberg of allegations about Kevin Spacey.

Lately I’ve been thinking a lot about these kinds of “open secrets” that were allowed to fester for so long. I’d been hearing rumors about Spacey for years: when I worked at Gawker Media, its entertainment blog Defamer published several articles about Spacey’s behavior, including one titled “People Keep Telling Us About Kevin Spacey’s Aggressive Love For Men.” Published in 2015, that article said, “To the young men he encounters, in fact, Spacey may be one of the most aggressive and boundary-challenged players in Hollywood.”

And yet, and yet.

Nothing came of any of this or articles like it, Spacey’s career was not impacted in the slightest, even though many of these anonymous accounts alleged that he went after very young targets. Instead, Spacey continued to be influential and wield significant power over others professionally. At the time, open secrets stayed that way: secrets that were shared but kept buried.

I’m glad that now, at least in this moment of the floodgates of truth opening, people seem to be taking these allegations seriously and there appear to be real repercussions—for a while, at least. But part of me is afraid that this time of shining a spotlight so brightly on our darkest underbelly will pass, or that we’ll become so swamped with stories they won’t have the same power they hold right now. Even just today, the top six stories on Google News’ Entertainment page detail harassment claims concerning six different media power players.

I hope we can persevere, and not become distracted or apathetic or too worn down to keep up the heat. I’m afraid that if the secrets go underground again, or there are no lasting repercussions, this sort of behavior will continue unabated. I hope that I’m wrong.

(via People, image: Polygram Entertainment; Kevin Spacey in prison in The Usual Suspects. One can dream)