Game of Thrones Showrunner Talks About Bran | The Mary Sue 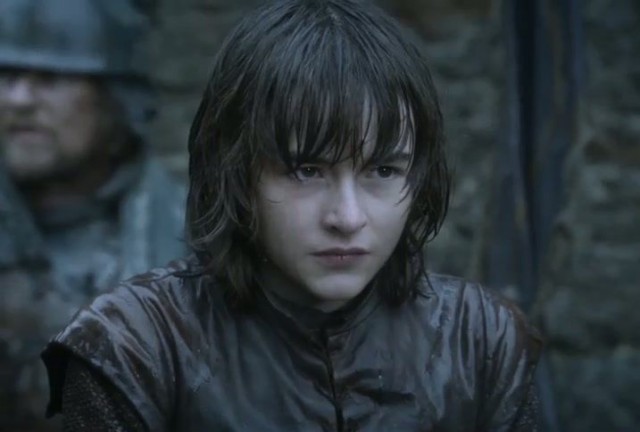 Boy, I sure hope Bran isn’t your favorite character, because the lead-up to season 5 must be an emotional roller coaster for you. Is he in this season? Is he not in this season? Where the hell is Coldhands! Relax, sweet summer child—David Benioff has answers (and spoilers) for you. Except about Coldhands. Who knows where that dude is.

So now it’s time for the bad news: no Bran this season. Benioff addressed the rumors first started by Kristian Nairn (Hodor), and explained the showrunners’ decision in an interview with Entertainment Weekly yesterday:

“Ideally that wouldn’t have gotten out and it’s unfortunate it did,” Benioff said. “The fact is, even though we’re making changes to the books and adapting as necessary, we’re trying to keep the various storylines the same as the books and trying to keep them roughly [chronologically] parallel. And last year we caught up to the end of Bran’s storyline [in George R.R. Martin’s most recent A Song of Ice and Fire novel, A Dance with Dragons]. So if we pushed him forward this season, then he’s way ahead of where the other characters are.”

“It made sense to stop where we did,” Benioff said. “He’s now entering a training period which is going to take quite some time, much of which isn’t particularly cinematic. So rather than being stuck in a cave for a year, we figured it would be interesting to leave him out for a little bit, so when you see him again…” Benioff didn’t want to reveal much more beyond that.

Well, it makes sense when he puts it that way—especially when you take into account that actor Isaac Hampstead-Wright is deep in the throes of puberty and already looks way older than he did when the show first began. Having some time away will probably make that age difference all the more striking when we come back to Bran, particularly once he has all those fun warg powers. And hey, more room for Dorne now, right?