Nodor? Certain Characters Might Be Absent From Game of Thrones Season Five

Is there a way to rave sadly? 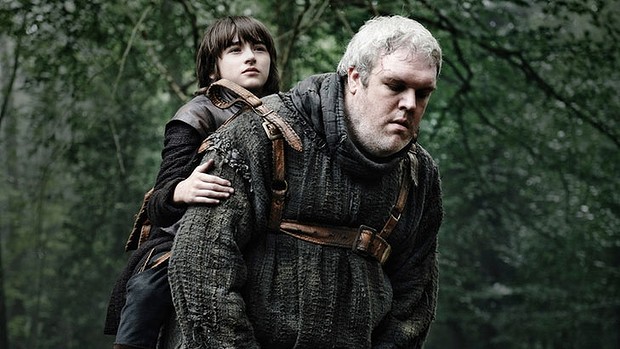 Hodor actor Kristian Nairn might have let the Bran out of the backpack with this one. Potential spoiler alert for Game of Thrones season five, so read on at your own risk. Hodor.

In case you didn’t already know, Nairn – in addition to being our favorite duosyllabic Westerosi, is also a rad DJ. In an interview with Monique Schafter of the Australian Broadcasting Corporation about his current world tour for “Rave of Thrones” (which, by the way, is coming to New York City during New York Comic Con), Nairn let the following information slip:

We’re not actually in Season Five, by the way. We have a season off. We have a year’s hiatus. […] Solely because, I imagine, our storyline is up to the end of the books. … So I get a year off now to do Rave of Thrones and gallivant all over the world.

Though it’s not entirely clear in the interview who Nairn is referring to by saying “we,” it’s not so far out there to assume he means Hodor, Meera, and Bran, who have been traipsing around the North for the last while. No Hodoring for a whole season?

Here’s the original video, if you want to check it out and listen to some Australians say “Hodor” a lot:

Though Book 4 of A Song of Ice and Fire only includes half of the regular main characters from the series (the rest of them are in book 5), the TV show is combining books 4 and 5, which take place in the same chronological time frame and were originally meant to be published as one book anyways. On the HBO series, we’ve already hit the end of Bran’s storyline as it exists in the books, so if they did proceed they’d be jumping ahead in George R.R. Martin’s world. Tragically, though, it appears this doesn’t make a difference for Hodor and the Northern Tree Gang.