Hey, Guess Who ELSE We Aren’t Getting In Game of Thrones Season 5?

What is dead may never get screentime! 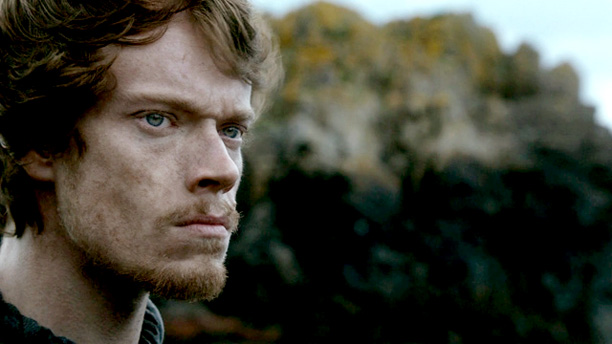 Strap in, book-reading nerds: there’s another story arc we probably won’t get this year. And don’t worry, it’s not Theon’s—as far as we know, anyway. Spoilers for the summer children, so be warned.

Yup, if you know the books then you’ve no doubt guessed it: according to Entertainment Weekly, the inner workings of the Iron Islands will probably not see the light of day. Not that the Iron Islands do that anyway, since it’s pretty cloudy down there. But you know what we mean.

An assumption among some readers of George R. R. Martin’s novels is the watery Iron Islands subplot will be explored. While the Dorne-based subplot will be in season five, producers have previously indicated the Iron Islands subplot has been omitted. This makes sense as the show already has so many characters and settings to juggle, plus is adding the Dorne scenes. Unlike in AFFC, where Martin could bench half his major characters to take on two major subplots, a TV series must stick with its cast members (and contractually has to use its actors or risk losing them).

The EW article also notes an interview the author had with the GoT producers last year, in which he was told they would probably do either Dorne or the Iron Islands. So since they’re doing Dorne, that means the Greyjoys as a larger concept are out.

On the one hand, this is great news for people who are getting real tired of the amount of violence on the show, because we won’t be getting Victaron Greyjoy (seriously, that guy’s the worst). On the other hand, it means another complicated female character—Yara/Asha Greyjoy, whatever we’re calling her—is once again getting the short end of the stick. A few months ago I’d have told you I’d rather have Dorne anyway, but given that we probably aren’t getting an Arianne, a proper Queensmoot would have gone a LONG way.

Well, at least we always have the books to reread. Plus with all of these changes, we might actually be surprised by this show again. That would be nice, yeah?

Previously in THAT’S NOT IN THE BOOKS