Goin' down with the shit. Er, ship. 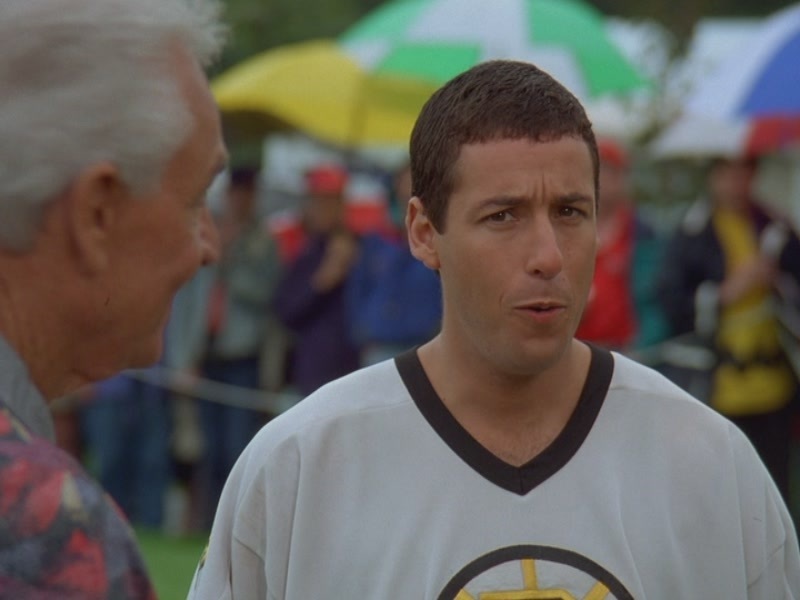 I’m not surprised that Pixels is trash, but it seems like Netflix execs didn’t gamble on Sandler’s metaphorical stock tanking so quickly when they signed that four-picture deal with the star back in 2014. (You know, the deal Sandler agreed to “for one reason and one reason only… Netflix rhymes with Wet Chicks!”)

During a Q&A with reporters this morning at the opening of the Television Critics Assn. press tour, Netflix chief content officer Ted Sarandos explained the company’s decision to work with Sandler, saying, “We did our deal with Adam Sandler because he is an enormous international movie star. We are as encouraged as ever […] I don’t feel I have to defend Adam Sandler.” (The chief content officer doth protest too much, methinks.)

Following the Q&A, Sarandos also discussed Netflix’s Adam Sandler film, Ridiculous Six. The movie became the subject of intense scrutiny earlier this year after the film’s cultural consultant and approximately a dozen Native American actors walked off the set over safety concerns and frustrations with the sexist and culturally inaccurate script, but Sarandos assured reporters that “When people see Ridiculous Six, the show will speak for itself. When the movie comes out, people will see it’s fair.”

“Fair” seems like a poor descriptor for describing Ridiculous Six, especially considering the racist script details that have been leaked thus far. That word choice seems to imply that the movie somehow tells “both sides of the story” (which many Native American members of the film’s cast and crew have repeatedly asserted it doesn’t) or that it’s “just being objective” (see above); but, to be fair, if Sarandos had said anything other than “when the movie comes out, people will see it’s preposterous, offensive garbage; oh god, oh god, what have we done,” I’d probably be skeptical.