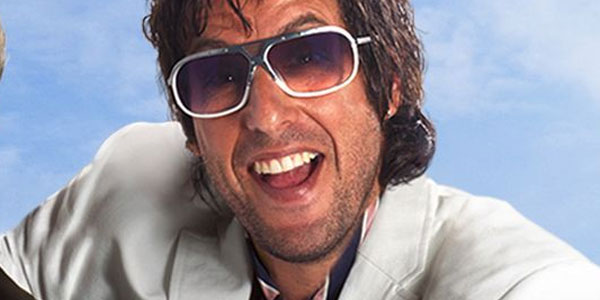 Last week, approximately a dozen Native American actors and crew—including cultural consultant and film veteran Bruce Klinekole–walked off the set of the Netflix Adam Sandler film Ridiculous Six after their concerns over the movies’ depiction of Native women and elders and its inaccurate representation of Apache culture went ignored (a cellphone video released last Friday shows the concerned cast members being told by a producer that they should leave if they are “overly sensitive”).

Now, in an interview with Indian Country Today, Klinekole has revealed that safety concerns were also a motivating factor in the walk-off. The Senior Olympics State Champion in the Bare Bow event, who has worked professionally on six previous movies, expressed concern over a scene in which extras were directed to aim arrows at Danny Trejo and other actors:

I examined them and discovered one of the extras had a 60 pound hunting bow, and his arrow was a steel razor blade tip. He was pointing it at Danny and his vaqueros—if he would have slipped, he could have hurt someone or shot them dead with that arrow. Nobody was there to examine that stuff. The guy also told me he was shaking because he had to hold it ‘for about five minutes’—how can you hold a bow for five minutes? It was a 60 pound bow!

I have been in six movies—normally with every set those arrows and everything else is rubber, even the bows. The arrows and arrowheads are fake. The knives and guns are fake—that is the way it is supposed to be. That same day the director [Frank Corachi] called me over, he said ‘Hey Bruce, before Danny and his Vaqueros come over we want you to scream something in Apache to warn the villagers.’ I said ‘Are you going to pay me for this?’ He said, ‘No, no—just yell something, can you yell?’

Klinekole also referenced the offensive names and cultural inaccuracies that other actors say prompted their decision to quit:

We would never ever call women by those names. It was a total disgrace.

The 65-year-old also addressed the Native American actors who chose to remain on the film:

I’m 65 and I know my culture very well—but a lot of these actors there were young adults and do not know the cultural ways of the Apache or any other Native American who was out there like the Mohawk. They don’t really know and I think that’s why they stayed there. I think they were there for the money, and they were naïve and they were there because they are innocent. They are excited they were getting into a movie. I am not going to hold that against them.

To read more from what Klinekole says will be his only interview on the subject, head over to Indian Country Today.

As more details are being released about the Adam Sandler production, Netflix users have joined together to protest the streaming service’s involvement, with a Change.org petition gaining 2,623 supporters and a #WalkOffNetflix hashtag spreading on Twitter [trigger warning for violence against women]:

When there are no accurate representations of Native women in the media, people accept these sexualized stereotypes as truth #WalkoffNetflix

1 in 3 Native women are raped in their lifetime. We go missing & are murdered. Stop encouraging objectification of us. #WalkoffNetflix

With stats of violence against Native women there is no appropriate context where objectification of them is acceptable. #WalkoffNetflix