Getting hurt isn't awesome, but this cast is almost awesome enough to make it worth getting hurt. 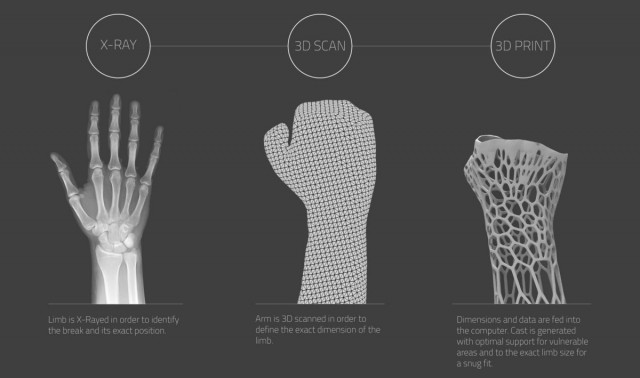 I’m fortunate enough to never have broken a bone, and part of the reason I’m so glad about that is traditional plaster casts seem torturous. The idea of having my arm or leg encased in heavy plaster is almost as unappealing as the idea of snapping a bone in the first place. Designer Jake Evill has a better solution — The Cortex. It’s a 3D-printed cast, and it’s awesome. I’m not saying I want to break a bone now, but I kind of want to break a bone now.

Evill calls the Cortex an, “exoskeleton protecting the internal skeleton,” and it does exactly that. The Cortex is designed to be lighter than traditional casts, and its open design means your layers of dead skin aren’t going to build up underneath and stink you out. Besides the smell of a traditional cast, it’s also not very hygenic. That’s not a problem for the Cortex, which can get wet without falling apart. That means you can actually shower like a normal human.

You can also scratch an itch with the Cortex, and I imagine that will lead to a lot of grateful people with broken bones. It also looks cool as hell. 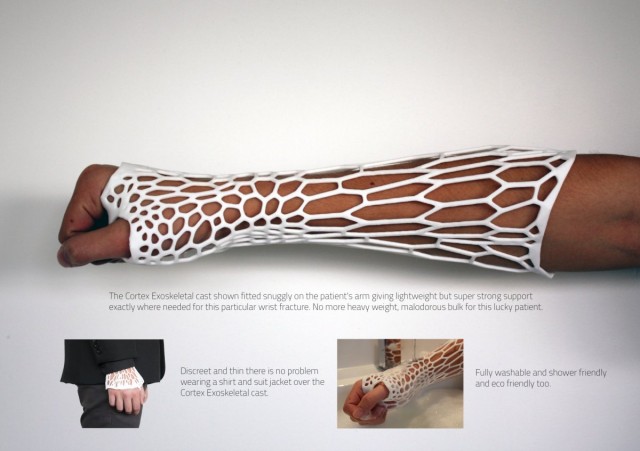 The patient’s broken limb is scanned, and a Cortex model is designed around that scan. The cast is then 3D printed and applied. There’s no real room for your friends and family to sign your Cortex cast, but instead of signatures you can see the look of envy in their faces at your supercool exoskeleton cast.