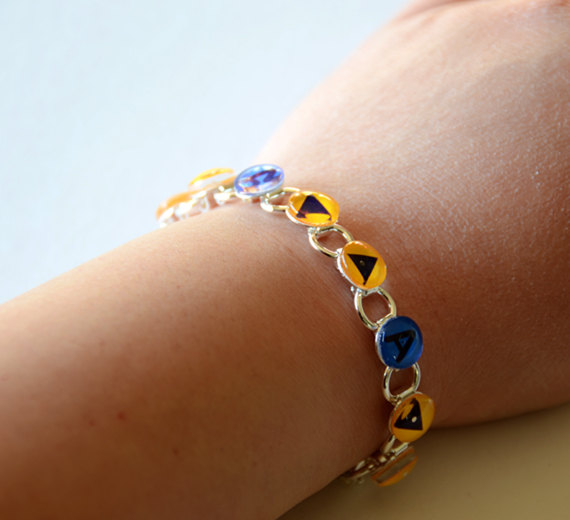 Some folks live lives where they can’t wear a nerdy t-shirt to work every day. I work in an office with a cardboard cut out of David Tennant, but that doesn’t stop “clothing and accessories with subtle Nerd messages” from being pretty much my favorite thing ever. Cute and Cool Designs on Etsy came up with this brilliant idea for Legend of Zelda jewelry, because there’s only so many Piece of Heart pendants and Triforce brooches you can conceivably own. This one’s of the key sequence for the Song of Storms, but pretty much any of the songs from Ocarina of Time or Majora’s Mask are available.