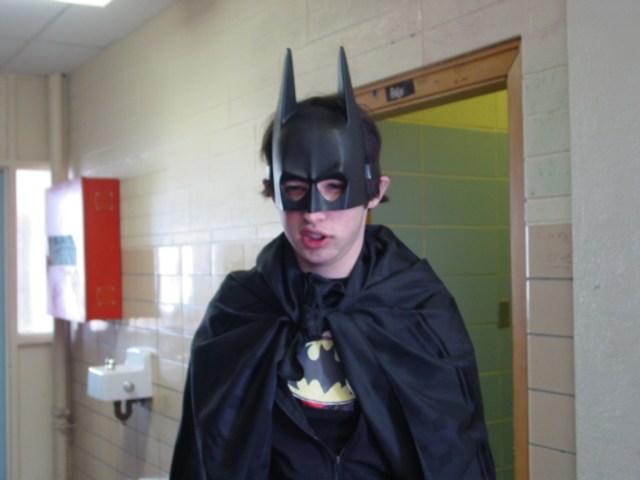 On a recent press tour, Fox Entertainment chairman Kevin Reilly confirmed that the upcoming Gotham TV show will be, at least in part, geared around a young Bruce Wayne working his way towards becoming Batman. Of course, that immediately conjures up thoughts of Smallville, and we’re not sure how to feel about that.

At this point, it’s anyone’s guess just how much the story will focus on young Bruce, but most Batman origin retellings skip right from Bruce as a young child to the point where he’s becoming Batman as an adult. While Reilly mentioned that Bruce’s exact age at the start of the series will be hashed out as a casting choice is made, he said that he’d imagine him to be somewhere around 12 years old, and he won’t actually don the Bat-suit until the end of the series.

If that doesn’t bring back Smallville memories, I don’t know what does.

So, we’re basically getting a story about the part of Bruce’s life that is often the least touched upon, and with promises of appearances by characters like The Penguin and Catwoman before they actually reach those roles, it’s probably safe to assume there will be a lot of… creative license taken here.

According to HitFix, this is how Reilly described the show:

We see Detective Gordon, before he’s a commissioner, all the characters you know, Bruce Wayne, the Penguin, all of them. It’s Gotham teetering on the edge, and we see what makes these characters become who they are, [like] Catwoman. It’s an operatic soap that has a slightly larger-than-life quality to it.

Hey, Smallville was a great show with a pretty solid fandom that pulled off something very similar, so cautiously optimistic is probably the way to approach this. I feel a lot better about the show’s prospects with the knowledge that at least part of its focus will be on a young Bruce Wayne. Not that I wasn’t expecting it before, but it’s nice to finally get some details.

Probably the biggest struggle of Marvel’s Agents of S.H.I.E.L.D. (aside from how many periods you need to type it) is that a show that stands on the back of a Marvel or DC universe creates the expectation of seeing familiar characters, and S.H.I.E.L.D. very conspicuously doesn’t deliver on that front.

If Gotham can somehow get around the problem that young Bruce doesn’t have budding superpowers to rely on like Clark in Smallville, focusing on his life and the origins of the other Batman characters could really pay off. It also fills me with dread that the series finale will end with, “I’m Batman.”

(via UPROXX and HitFix, image via Travis Nicholson)