God Damn It Amazing Spider-Man Series, Please Do Not Be About Clones

After Spider-Man 3, haven't we suffered enough? 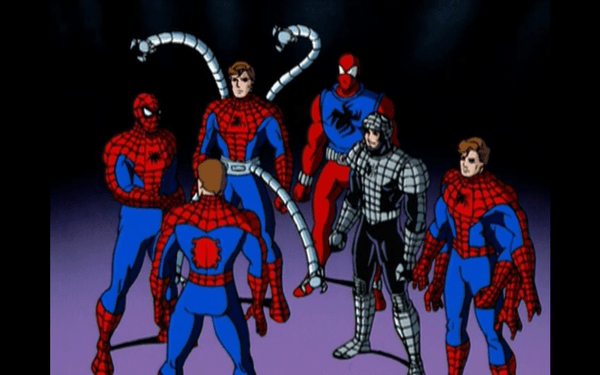 Normally we don’t pay attention to viral marketing campaigns that roleplay as in-unverse news outlets, so the Amazing Spider-Man 2 official “Daily Bugle” Tumblr hasn’t been on our radar. That is, until today, when we saw the word “clone” on their site. Oh lord. Oh lord, no.

As first discovered by Uproxxx, here’s the offending “article” in full (and as an added kick in the spider-teeth, it’s credited to Ken Ellis, a journalist from the Clone Saga):

Manhattan’s Empire State University announced a new class for the 2014 fall semester in advanced biogenetics that will actually require the successful cloning of a living creature. Introduction to Live Cloning, taught by noted geneticist Professor Miles Warren, is the first class of its kind anywhere in the world.

When asked about the ethical aspects of teaching a class on how to clone living cells, Warren said, “Our responsibility is to educate our students and prepare them for life. For those who study genetics or biology, cloning will be a fact of life.”

The ethical aspects of cloning are irrelevant to Warren, who added, “We are cloning single-celled amoeba. Maybe one day we’ll work our way up to mice. There is no ethical dilemma. Save your red flag for when I start cloning co-eds…”

To those who don’t remember the awfulness of the Clone Saga, it was a much-maligned Marvel story arc from the ’90s in which the aforementioned Miles Warren, a college professor who fell in creepy-love with Gwen Stacey and became a supervillain to enact vengeance on Spider-Man after her death, cloned both Spider-Man and Gwen and himself, and then the Spider-Man clone started calling himself “Ben Reilly” and ran around fighting crime as the Scarlet Spider, and the Jackal clone married the Gwen clone, and then Norman Osborn tricked everyone into thinking that Ben was the original and that Peter was the clone, and are you confused yet because it’s actually much more complicated and awful than even this block of insufferable plot point descriptions could probably express. The point is, it was dumb and nobody liked it.

There’s a very real possibility that this is just meant to be a cute reference-filled Tumblr post for hardcore fans of the franchise, but we are already concerned enough about this film series and wouldn’t put anything past the creators. I, for one, am already tired of having to constantly defend my fondness for the first film (yes, the plot was clunky and often very bad, but Andrew Garfield is a champion who plays Peter Parker better than Tobey Maguire ever could, and watching him and Emma Stone be cute together made my insides feel all squishy and warm), and there’s literally no way I will be able to convince anybody to get on board with the rest of them if there are clones.

You know what they should be doing? They should go Ultimate with it and bring in Miles Morales if they want two Spider-Mans. I’ve even got the perfect casting idea for them if they want to stay true to the comics and cast a younger kid: Tyrel Jackson Williams, the actor from Disney’s Lab Rats whose older brother played Chris in Everybody Hates Chris. Just look at this lil’ peanut. 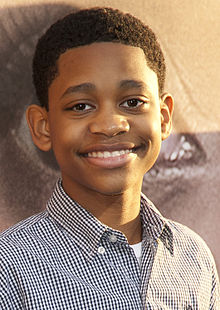 Come on, tell me he isn’t perfect. They wouldn’t even have to kill off Parker if they didn’t want to, either, and if they did, they could keep the franchise going as long as possible with Morales and make a bunch more money off of the nerd fans they’d be turning away with clone saga stories.

Seriously, anything would be better than Ben Reilly. Just… please don’t do this to us, Sony. It’s bad enough Spidey can’t be an Avenger, don’t make him a clone.

(via Uproxxx, image via Spider-Man)