Woman Finds Her Stolen Bike On Craigslist, Steals It Right Back 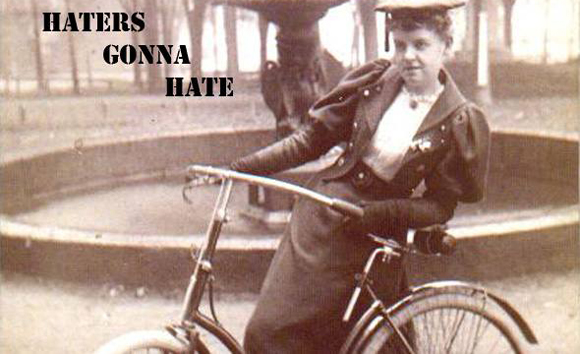 Warning: We do not condone this type of behavior and neither do the police, but we do find it pretty entertaining. A 25-year-old Colorado woman named Kathryn Lucas was annoyed to find out that her bike had been stolen while she attended a University of Colorado football game in October. She and her roommate decided to do a search on Craigslist to see if the thief was attempting to sell it and sure enough, he was. In what we can only imagine was a detailed sting operation that took weeks of planning and details blueprints of the street he lived on, Lucas posed as a potential buyer and…stole her bike back.

Lucas recognized her bike on the website by it’s distinct red handle-bar tape and water bottle holder and contacted the seller. “Minutes later, a person using the name ‘Lance Robinson’ responded with his phone number and instructed her to text him so he could send her his address,” writes ABC.  “On Sunday, Lucas went to the man’s apartment complex and asked if she could test ride the bike.”

So as it turns out, the secondary theft was not planned out by the owner. “They were a lot bigger than I thought they were,” she said. “I thought it’d be like a little person that stole bikes and I’d be like, ‘Hey, I called the police and that’s my bike and you’re trying to sell it to me,’ but I just took it for a ride and went with it.”

After she was out of Dodge, Lucas phoned the police. “Lance Robinson” was actually 18-year-old Denzel O’Neal Crawford, who did not have a prior record. He was arrested and immediately confessed to stealing the bike.

Police told Lucas that, although her mission was successful, it was “not a tactic they recommend.”