The company reviving an era. 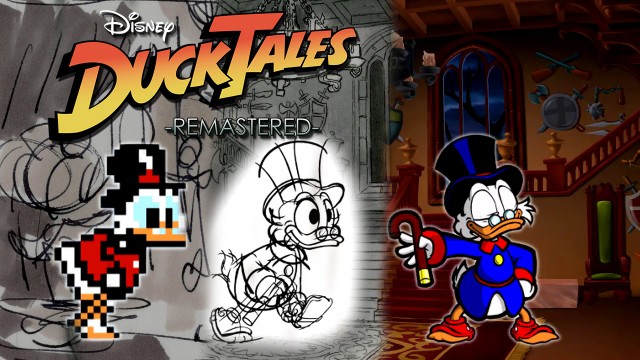 Usually the gaming figures I spotlight in my writing aren’t exactly those I’m fond of. While snark is all well and good, sometimes you just need to give someone a shout-out for doing things oh so right. Prime example: WayForward Technologies. Since their latest take on a licensed property, DuckTales Remastered, releases today, it seems like a better time than ever to discuss how they’ve been kicking major butt at making licensed video games.

What makes WayForward so exceptional is that they take the best elements from classic games we know and love, refine them, and jazz them up with the style of the properties that they’re taking on. So they’re more or less like media chameleons.

The Adventure Time and Regular Show games are perfect showcases of how they know what worked in older games and are able to translate them for modern audiences. For last year’s Why’d You Steal Our Garbage?!, the team was inspired by side-scrolling action RPG Zelda II: The Adventure of Link, which was really unique for its time, but was intensely difficult on account of its stiff controls and unforgiving enemies. WF knew this, and found ways to redeem the gameplay style by reinterpreting it through the weird and wild lens of the popular TV show.

To fix this, they made Finn as limber as he is in the show, and added fitting health powerups like Everything Burritos and stat-increasing items like the various spells from the Wizard episode to make it better. For the upcoming Regular Show game, Mordecai and Rigby in 8-bit Land, (which we’re well aware it’s not actually in 8-bit) they are being faithful to that generation by taking the gameplay style of another NES classic called Blaster Master and expanding upon its character-swapping explorational gameplay to make an adventure that’s as irregular as the show it’s based on.

Back in the day, games made from movies, TV shows, and comic books were some of the most celebrated, but now everybody dreads their release. WayForward’s actions are marking a revival of that era, and other companies are following suit. Rocksteady’s Batman games have been met with a ton of praise, as was Telltale’s take on the Walking Dead franchise. So it’s so fitting that WayForward’s latest project, DuckTales Remastered, is a remake of one of the most highly revered licensed games ever created.

In recent memory, people have been laughing at just how terribly classic IPs have been translated into new games. I don’t think I really need to say anything about Aliens: Colonial Marines. But I do need to talk about Aliens: Infestation, a Metroid-style game WayForward made back in 2011 that didn’t get a whole lot of press. With multiple playable marines with unique abilities trying to survive on a ship filled with xenomorphs that are actually scary and will permanently kill your characters, it was pretty much a match made in heaven for the Aliens series.

If you need another example, remind yourself of the oddity that was Double Dragon 2: Wander of Dragons. Another vapid mess, it tried to revive the retro beat-em-up series but fell flat on its face. Unlike Wander of Dragons, which took itself completely seriously, WayForward’s Double Dragon Neon –one of my favorite games of last year– was a tongue-in-cheek tribute to the era that the original games came from. As the name implies, neon colors emanate from every building, Billy and Jimmy speak with 80’s lingo, the main villain is a Skeletor homage, and there’s a high-five button for co-op. 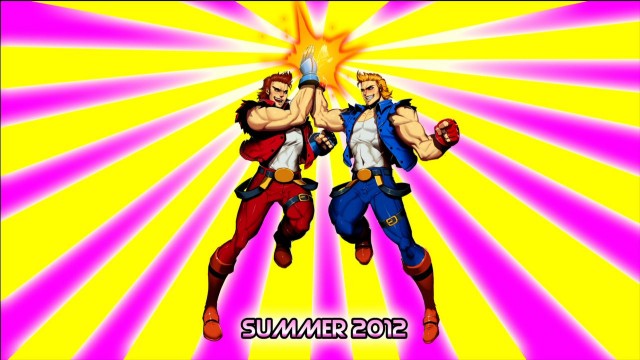 When tasked with making a Hotel Transylvania adaptation, they did the best possible thing and created one in the vein of Castlevania: Symphony of the Night. It came complete with catchy organ music and a huge map that has you acquiring different vampiric abilities to fully explore. While not the deepest game, it helped introduce the “Metroidvania” genre, which has ironically gone unused by both the Metroid and Castlevania series in recent memory, to a new generation.

The amount of passion and heart that WayForward employees put into their work is palpable. In order to best create the animations for Scrooge McDuck in their remastering of the ever-nostalgic Capcom DuckTales game, director Austin Ivansmith literally went out, bought an old-style cane, and learned all kinds of fancy cane tricks to demonstrate to the animators. Who does that? WayForward, that’s who.

Jake “Virt” Kaufman, the composer for most of WayForward’s games, channels the essence of each series he works on into a number of catchy and well-composed tunes. Adventure Time has techno pop themes that would make show composer Casey James Basichis proud, his DuckTales score takes the classic chiptune tracks and gives them a modern funk styling, and Double Dragon Neon’s got full-blown lyrical songs that wouldn’t be out of place on a 1987 summer jams list.

If my word for their devotion to quality isn’t enough proof for you, then read their mission statement:

WayForward Technologies is in the business of creating rich, dynamic, and compelling interactive content. Our mission is to create products that deliver value to the consumer and market success to our publishing partners.

Before you ask: No, they did not pay me to write this. I just wanted to give a developer that consistently charms me amidst an industry full of cynicism and disappointments some more appreciation. They have breathed new life into not only old properties, but also old gameplay styles, and that is something worth celebrating. And there’s never been a better time to join the celebration, as you can get DuckTales Remastered (woo hoo) right now on PS3, Wii U, and Steam..