Kanye West is on a Kanye Quest, Will Put You to the Kanye Test in This Fan-Made Game

Not sorry about that title. 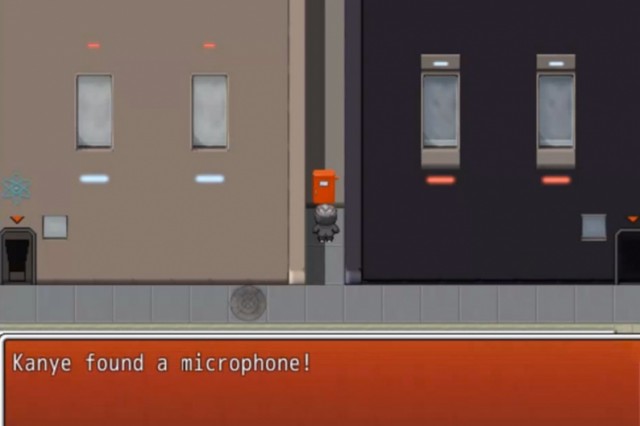 Love him or hate him, rapper Kanye West has become a fixture in American pop culture; you can’t really ignore him even if you tried. So it’s only natural that there’s now a video game about him. Kanye Quest 3030, a new free fan-made PC game, is a beautiful, dark, twisted, and final fantasy befitting of its eponymous star.

Following in the footsteps of Charles Barkley’s Shut Up and Jam! Gaiden, Kanye Quest 3030 is an old-school JRPG that takes its real-life hero into a bizarre sci-fi dystopia. Kanye is sent to San Francisco in the year 3030 where, in typical JRPG fashion, all citizens have been brainwashed into worshiping a false god. And who else could fill that role in a game about a rapper than the Based God himself, Lil’ B?

Other rappers like Snoop Lion and Jay Z — who seems to be a regular villain in a fan creations recently — have been cloned in 3030, and are your main enemies. Thankfully, Kanye gains a party of fellow lyrical masterminds to help him on his quest, such as MF Doom and The RZA. I haven’t played the game yet, but I’ve been in a very JRPG mood since Shin Megami Tensei and EarthBound came out, so Kanye Quest 3030 is at the right place at the right time for me, in more ways than one.

I was never very familiar with Kanye’s work, so I only really knew him for his frequent displays of egotism. So when I recently listened to Yeezus, it was for a laugh more than anything else. But then I found that I really loved it unironically, and went back and became a fan of his older stuff, too. I mean, I’ll still laugh at his stunts just as much as everyone else, but his raps are solid and emotional. Whatever level you take Kanye on, though, I’m pretty sure Kanye Quest 3030 is still something that you can enjoy.

You can download the game from from developer Phenix right here.