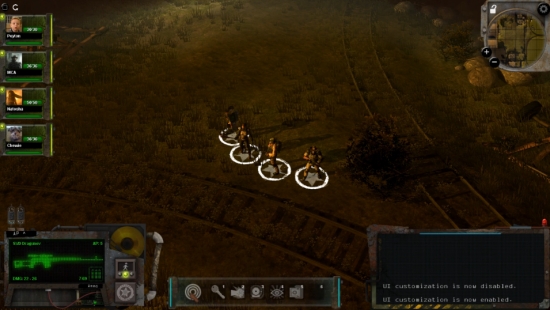 Kickstarter is something of a double-edged sword. It allows for folks to put money in the hands of creators, but sometimes those creators don’t manage to get things together and the project falls by the wayside. There’s been some particularly notable Kickstarter campaigns when it comes to video games, and the one for Wasteland 2 is definitely one of biggest. The developers just released the first footage of gameplay today. If anyone was curious how inXile Entertainment was progressing, let’s just say they appear to be doing amazingly well.

The campaign for Wasteland 2 raised $2,933,252 in April of last year when the developers were only asking for $900,000. That’s not above and beyond to the levels of, say, the Double Fine Adventure Game campaign, but it’s still a hefty sum of cash with which to play. Fans have been waiting with bated breath to see just how the new game would shape up.

Without further ado, here’s 15 minutes of glorious Wasteland 2 gameplay with a preface of radio broadcasts:

(Note: The original video, on Vimeo, was taken down for whatever reason. inXilie uploaded it to YouTube, and here we are!)

That’s development director Chris Keenan walking everyone through the game, for those curious. It’s still Chris Keenan for those not curious, but that’s neither here nor there. Regardless, we just got a whole lot more excited for this to eventually hit virtual shelves.