The Walking Dead Risk and Monopoly | The Mary Sue

Stay in the House, Carl: The Walking Dead Monopoly and Risk Coming Soon 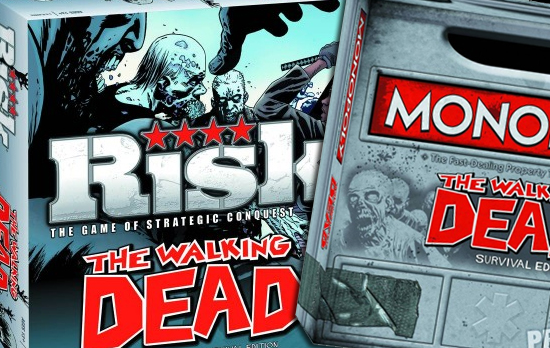 We as consumers like to think that we get what we ask for — like it’s the “demand” part of supply and demand — but sometimes maybe we shouldn’t. Apparently, we asked for The Walking Dead versions of both Risk and Monopoly, because that’s what USAopoly and Skybound are sending our way.

Skybound is the comic book company that publishes the The Walking Dead. USAopoly is a company that takes popular games and makes specialized versions of them, like Clue: The Office Edition. Which actually sounds okay to me, but the many incarnations of Risk and Monopoly are already too much.

They’re just polishing a turd, you know? Still, The Walking Dead is cool — the comics and the show, different as they are. Maybe this is like coating a pill in chocolate so it goes down easier. 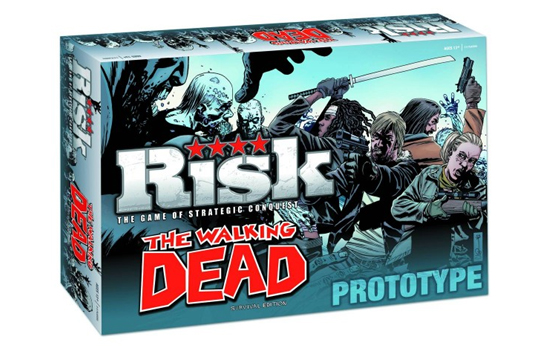 In Risk: The Walking Dead Survival Edition, the board is a map of the southeastern United States, and you struggle to survive, not conquer, while fending off the attacks of the living and the dead. New Supply Cards add some new elements to the game.

In Monopoly: The Walking Dead Survival Edition, players “vie for, and then must fortify, the prime real estate and resources that will sustain their lives. There’s only one victor that will outlast the others – whether living or undead — when all is said and done.” At least it’s bound to have more interesting tokens than a damned cat. Sadly, it wouldn’t include Daryl’s crossbow, since these games are based on the comics, not the AMC show.

These both will supposedly be dropping in September. If I had to play either Monopoly or Risk — and trust me, I’d choose many over these — I guess it’d have to be one of these two. Because zombies, and I’m not tired of them yet.

(via Bleeding Cool, images courtesy of USAopoly and Skybound)