Voyager 1 Has Not Left the Solar System | The Mary Sue

NASA Says Everyone Needs to Chill, Voyager Has Not Left The Solar System 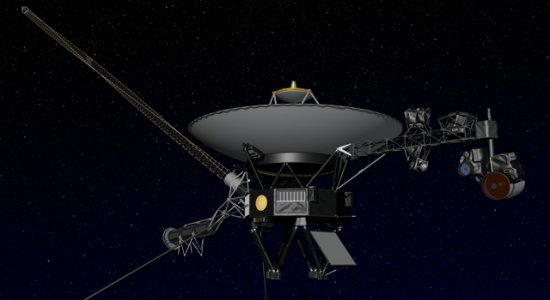 The Internet’s been blowing up over the news that the Voyager 1 spacecraft was the first man-made object to leave our solar system, except that it’s not true. NASA and the JPL have announced that, though they’re aware of the paper that everyone’s talking about, they’re not buying it. The official Voyager team says that although it’s on the outer edges, Voyager 1 hasn’t yet broken out into interstellar space. So calm down. It hasn’t happened yet — but it will eventually.

The official word on Voyager 1 and where it is at the moment came from Voyager project scientist Edward Stone who said:

The Voyager team is aware of reports today that NASA’s Voyager 1 has left the solar system. It is the consensus of the Voyager science team that Voyager 1 has not yet left the solar system or reached interstellar space. In December 2012, the Voyager science team reported that Voyager 1 is within a new region called ‘the magnetic highway’ where energetic particles changed dramatically. A change in the direction of the magnetic field is the last critical indicator of reaching interstellar space and that change of direction has not yet been observed.

So cool your jets, everybody. NASA says Voyager 1 is still in the solar system, and if we can’t take NASA at its word over where its various spacecraft are located, then what are we even doing with our lives?

The good news is that the “magnetic highway” Stone is talking about is a whole new region of the solar system that no other craft has ever been to, so we can at least be excited about that. Still, it’s only a matter of time before we break on through to the other side.

(via NASA, image via NASA/JPL Caltech)