NASA Announces No Organic Compounds on Mars | The Mary Sue 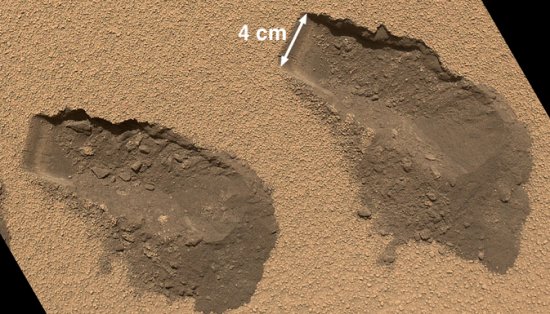 The explanation for the organic compounds that are simultaneously there and not there is that although the Sample Analysis on Mars (SAM) lab on board the Curiosity Rover did detect some one-carbon organic compounds, NASA has been unable to confirm if they are of Martian origin. Other possible explanations for their presence is that they somehow caught a ride to Mars on the rover itself, or that the compounds were created as a result of its landing, or the testing process.

It stands to reason that this was the discovery NASA teased last month as being “historic,” but they dialed back their enthusiasm as the likelihood of the compounds being native to Mars seemed less likely.

Curiosity is still only a few months into its planned two-year exploration of the Martian surface so there are likely a lot more discoveries to come. During the press conference Curiosity Project Scientist John Grotzinger assured the crowd that “Curiosity’s middle name is ‘Patience’,” signaling that it will likely take time to thoroughly analyze and confirm any of the rover’s findings.

NASA can’t confirm that they have found organic compounds on Mars, but it hasn’t been ruled out yet either. We’re still holding out hope that they find life on Mars, if only to have a definitive answer to that David Bowie song.