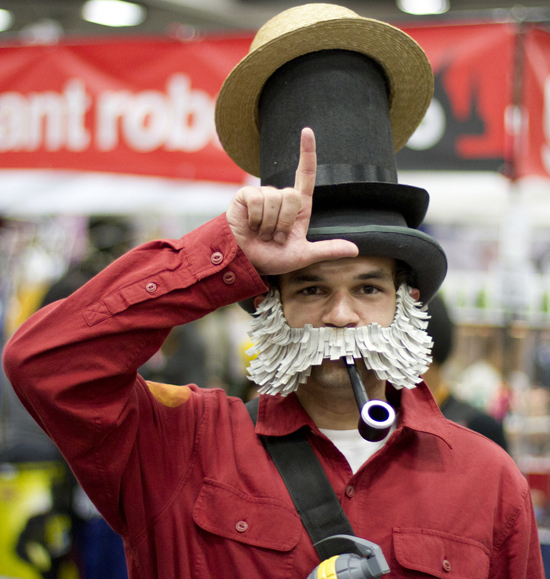 Some intrepid Valve patrons recently noticed that the bloodstains appearing on the logo of Team Fortress 2‘s main page linked to lore tidbits relating to a third Mann brother: Gray. You see, in the game’s lore, Blutarch and Redmond are the men behind the two opposing sides. They’re battling over gravel, which they apparently believe powers steam engines and is therefore valuable. Now, according to a comic puzzled out by the community, Gray has returned and just might be bringing his own team with him. That’s the speculation, anyway.

After an update on August 10th made a certain capacitor able to be equipped, updated the high five taunt, and added jokes to the taunt, a group set to the task of decoding whatever it was that Valve had cooking. The first of the stains appeared at this time as well. It took the group, and everyone else not involved in the reddit post that might have helped, until early on the morning of August 12th to fully decode the message, which pointed to a crafting recipe that when crafted announced the Blood Brothers comic across all Team Fortress 2 servers. That’s where we are currently, with the Team Fortress 2 blog acknowledging the comic and saying that there will be more to come.

What’s actually going on is anyone’s guess. Most of the odds and ends have been collated over on reddit, where they believe the entire thing to be pointing to a “Mann Vs. Machine” update. The majority of theories involve the revelation of a third team, owned by Gray, which is likely to be robots. There are also theories that this might turn out to be a new horde game mode where both RED and BLU take on GRAY for the sake of gravel, or something equally as silly. The comic does show Gray looking hungrily over at Mann Co., though. It might actually be a fight for the company.

Regardless, there is more on the horizon for Team Fortress 2. The birth certificate for the triplets lists September 2nd as their birthday. Perhaps we will only have to wait until then.