Things We Saw Today: The Entire Front Page of Reddit Showcases Which Senators Sold Us Out Over Net Neutrality

And the ones who didn't.

Reddit touts itself as the front page of the Internet, but today that gateway is a solid wall of shame: every single link calls out a member of Congress who is willingly selling net neutrality down the river in order to keep the donation cash flowing from big telecom. It’s striking to see the names, faces, and their sweet, sweet cable cash $$$ arrayed like this. 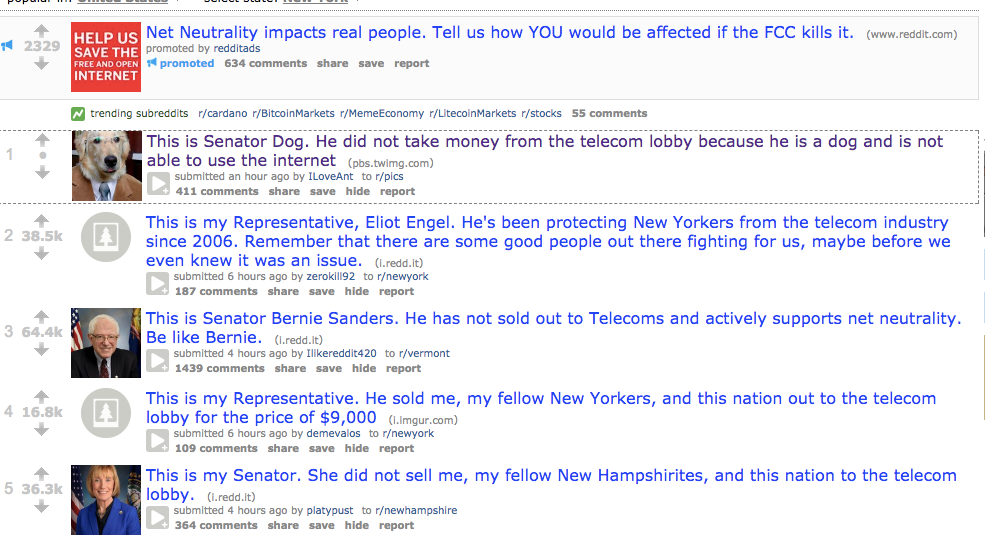 The best and top-voted entry is by reddit user ILoveAnt, for Senator Dog: “This is Senator Dog. He did not take money from the telecom lobby because he is a dog and is not able to use the internet.” 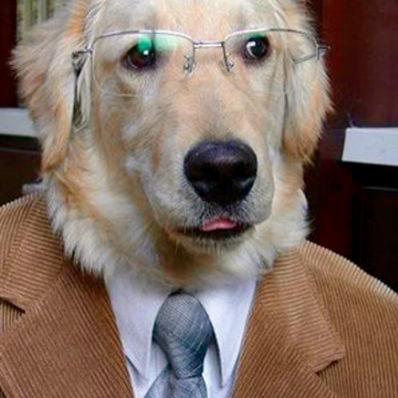 The links and mentions span many pages on Reddit. Mixed in with the shameless Congresspeople (who’d disrupt the way the Internet functions as we know it and hand over all the driving reins to massive corporations for a few thousand dollars in blood money) are also those lawmakers who have bravely resisted the very real threat to net neutrality by Trump’s head of the FCC, former Verizon lawyer Ajit Pai.

The internet without Net Neutrality isn’t really the internet. Unlike the open internet that has paved the way for so much innovation and given a platform to people who have historically been shut out, it would become a closed-down network where cable and phone companies call the shots and decide which websites, content or applications succeed.

This would have an enormous impact. Companies like AT&T, Comcast and Verizon would be able to decide who is heard and who isn’t. They’d be able to block websites or content they don’t like or applications that compete with their own offerings.

The consequences would be particularly devastating for marginalized communities media outlets have misrepresented or failed to serve. People of color, the LGBTQ community, indigenous peoples and religious minorities in the United States rely on the open internet to organize, access economic and educational opportunities, and fight back against systemic discrimination.

So which side of net neutrality did your representative come out for? There’s still time to add your name and voice to the efforts to save net neutrality before the FCC votes on December 14th.

What would Senator Dog do?

Happy Friday! What’s on your radar?