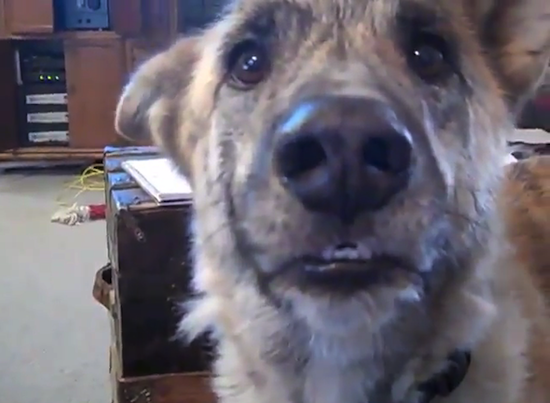 Remember this guy? The disappointed, talking dog whose Ultimate Dog Tease video stole the Internet’s heart and netted 94 million views in the process? Well, the video’s creator Andrew Grantham is now reportedly in talks with Paramount Pictures to produce a feature-length film based off the one minute 21-second YouTube video. There’s no word as to why the studio is interested, but it might have something to do with it being the second most watched YouTube video fo 2011, coming in after Rebecca Black’s “Friday.” Let’s hope Hollywood doesn’t go after her next.

According to Variety, the movie would be headed by writers Alec Berg and David Mandel who have a surprising comedy writing pedigree.

“Dog Tease” is being developed through Par’s Insurge label, which produced the low-budget hit “The Devil Inside.” Berg and Mandel have worked on multiple segments of “Seinfeld” and “Curb Your Enthusiasm” along with “Eurotrip.”

Well, that’s two points for and one against. Not bad, really.

While it’s nice to think that we’d get another Babe or Homeward Bound out of this project, I can’t help but imagine the final product as a low-budget cash-in. More like Pig in the City or Lost in San Francisco. Though there’s always a chance it could be a surprise, I’m just going to cling to my cynicism and stick with the original.