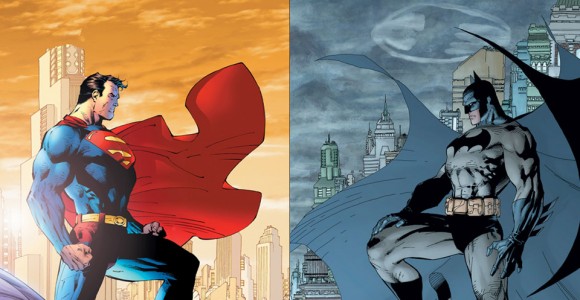 I think it’s safe to say this news couldn’t wait for our “While You Were Sleeping” roundup tomorrow.

Just before the big Warner Bros. panel, news started seeping out of a huge announcement. According to LA Times’ Hero Complex, the follow-up to Man of Steel is going to include Batman.

Yes, it’s finally happening. A live-action Superman and Batman together on the big screen.

Henry Cavill will continue his role and Zack Snyder will direct but we know Christian Bale will no longer be suiting up as the Dark Knight so a new actor will have to be chosen to play opposite him.

The Hollywood Reporter added there are tentative plans for a Flash film in 2016, pushing back Justice League to 2017. Previously the team film was set for a 2015 release but word was the script wasn’t all that great so it’s probably for the best they’re waiting.

Just this past week, DC Entertainment President Diane Nelson spoke about how “tricky” a Wonder Woman film would be to make but it’s disappointing to not have an announcement on that front and especially disappointing to hear the Flash will get his own film before Princess Diana. However, The CW’s Amazon remains in development.

More to come as we hear it…

[UPDATE] At first it looked like the panel was going to come and go with no word on this news but at the very end, Snyder took the stage. He’s officially making another Superman movie. Actor Harry Lennix (General Swanwick) appeared and said, “I want you to remember, Clark, in all the years to come, in all your most private moments, I want you to remember your hand at your throat. I want you to remember the one man who beat you,” (from The Dark Knight Returns) and a Superman/Batman logo came on the big screens. Snyder said they weren’t doing an adaptation but that The Dark Knight Returns would help them tell the story. David S. Goyer will be writing. 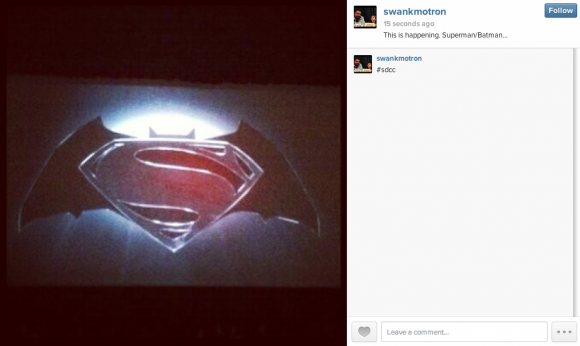