That Young Wonder Woman TV Show Is Being “Redeveloped” 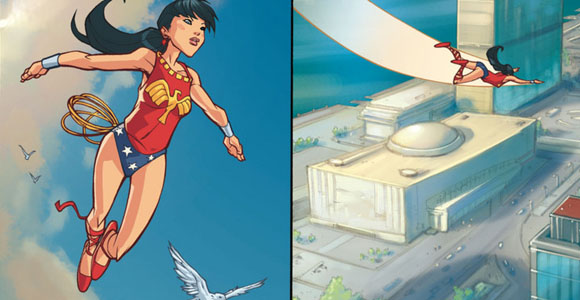 When we first heard there was going to be another attempt at a Wonder Woman television show after the failed attempt that was David E. Kelley’s pilot, we were shocked. We got as far as character descriptions and even a few actors’ names being thrown in the ring to play Princess Diana but then came a pause, one we hoped didn’t mean the end of the project. Thankfully, we can now report the series, titled Amazon, is still being worked on.

All of the networks have been going through upfronts this week, presentations in which they showcase their returning and new series. While Amazon wasn’t on The CW’s slate for the fall, it was brought up as a topic for discussion.

“Oh God yes, it is being redeveloped, we’re waiting for the script to come in; we haven’t seen it yet,” he said. “We are preparing to pilot it off-cycle should the script be what we want it to be. We do not want to produce something that doesn’t work for that particular character — it is the trickiest of all the DC characters to get done.”

The Hollywood Reporter also mentioned a writer change-up. According to Pedowitz original writer Allan Heinberg (Grey’s Anatomy) is to be replaced by Aron Eli Coleite (Heroes and The River).

I think it can only be a good sign The CW are taking their time with this. They’ve got a hit on their hands with the DC Universe followup to Smallville, Arrow, and they wouldn’t want to ruin their momentum by putting out something sub-par.