Need a Place to Park Your Submarine? Buy This Underground Norwegian Sub Base for Only $17.3 Million 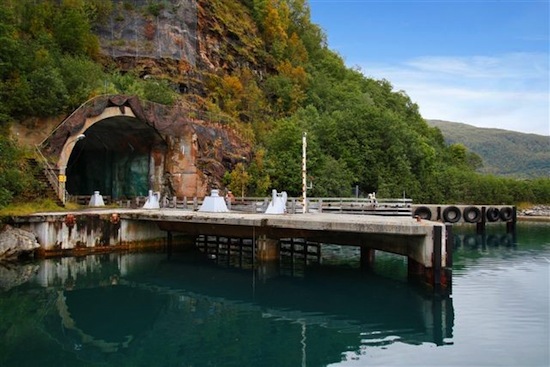 If you’re looking for a unique home with tens of thousands of square feet, space for a submarine, and is mostly buried under a mountain, than the Royal Norwegian Navy has got a deal for you. After nearly 50 years in service, the nordic country is looking to sell off the Olavsvern naval base. Warm up your credit cards, because this underground sub base will cost you a cool $17.3 million.

The news of the sale was originally reported by Norway’s TV2, and the facility is listed on the website Finn.no. Presumably, this is the outlet to use if you’re curious about buying the place.

The base was originally built in 1967 and was used by NATO as well as the Royal Norwegian Navy up until 2002, when the base was converted to a supply depot with little to no full-time staff. Though TV2 reports that it cost NATO some $494 million dollars to build, the organization apparently no longer has a need for the facility and has authorized the Norwegian Navy to make the sale.

The Royal Norwegian Navy is probably not too sad to lose the base, as it still has the much older, larger, and more formidably named underground naval base Haakonsvern available. Lucky them.

After parting ways with your $17.3 million, you’ll be the proud owner of 13,500 square meters of above ground offices and buildings, along with 25,000 square meters of space underneath a mountain. This includes, according to Finn.no:

All in all, it’s a pretty sweet deal. I can quite honestly think of no cheaper way to store a submarine. However, TV2 points out that any would-be buyer will have to take several factors into account. The buyer will surely have to contend with security, maintenance, general upkeep, and an annual power bill rumored to be in the millions. Though I guess if you’ve got the kind of scratch that lets you throw down $17 million on an old sub base, a few million a year is probably not a big deal.

If anyone’s interested, take a look at these pictures of what could be your new home-beneath-a-mountain. 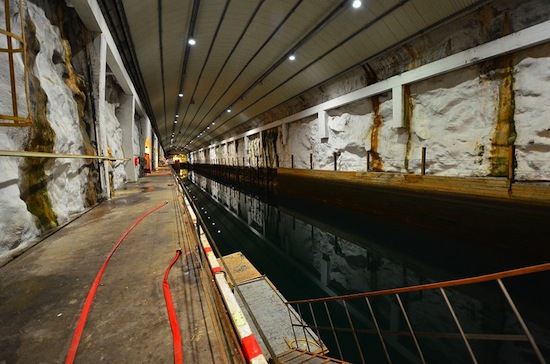 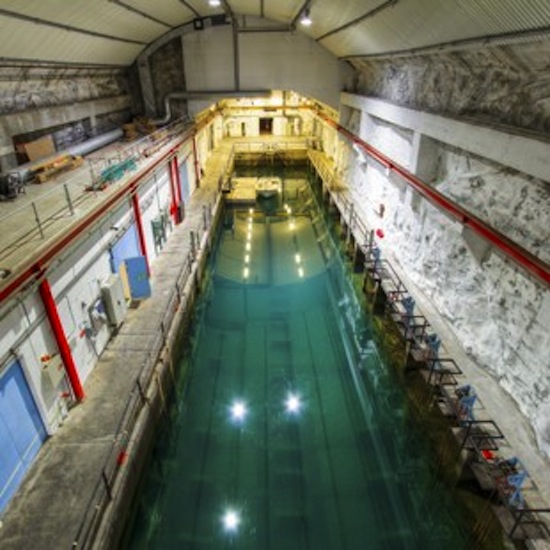