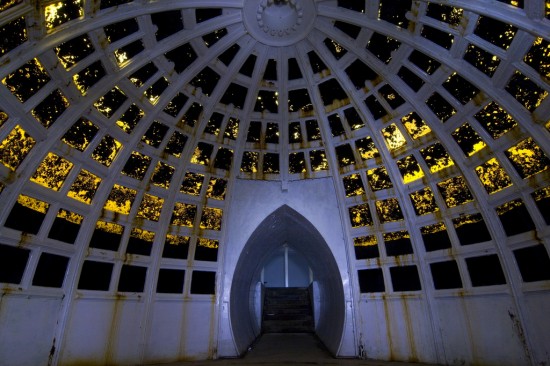 Like something out the evil lair of a steampunk Bond villain, this amazing glass and iron dome has been quietly sitting underneath a lake in Surrey, England for nearly 100 years. The stuff of urban legends, the massive dome was intended as a billiard room, though it has come to be known as “the ballroom under the lake.”

The dome was part of a sprawling 9,000 acre palatial estate at Witley Park built by the immensely rich J. Whitaker Wright, whose downfall was almost as spectacular as his mansion.

And while impressive, the dome is just part of a larger underground complex that snakes around the lakes of Witley Park. Other notable sites include a boathouse, marble walled pools, serpentine hallways, several ornate entrances, and innumerable haunting skylights. The dome itself is topped with a statue, enigmatically placed in the middle of the lake.

Be sure to take a look at the Flickr streams of intrepid urban explorers LargePig, paolo999, and cybergibbons. A few more choice pictures follow below. 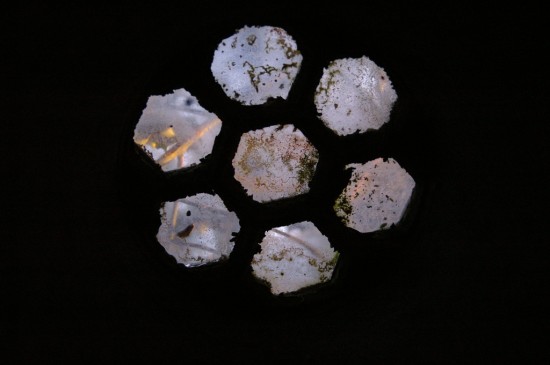 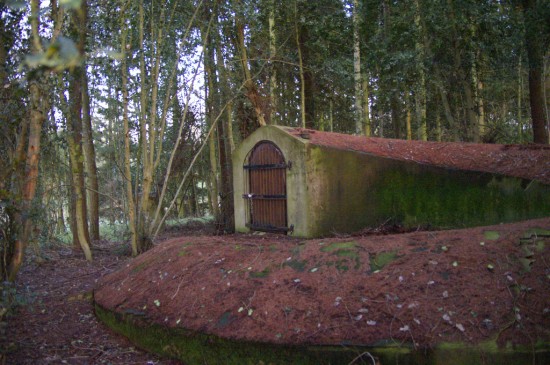 (via Neatorama, image via LargePig)