Convert These Missile Silos into Your Dream Home | The Mary Sue

Convert These Missile Silos into Your Dream Home 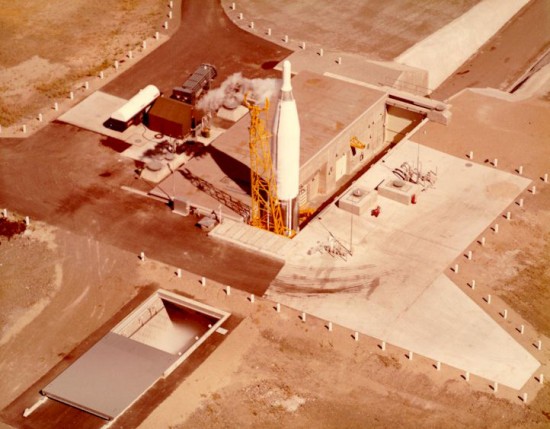 You may not see these properties for sale in your local paper, but apparently there’s a booming business in converting Cold War-era missile silos into fashionable, subterranean homes. At the forefront of this movement are Edward and Dianna Peden, who run the company 20th Century Castles (hosted at the aptly named Missilebases.com) from their “underground offices,” and help put defunct missile complexes into the hands of interested buyers — over 49 so far.

After building their own home from the  super-hardened concrete husk of an Atlas-E launch site, the Peden’s decided to help others who shared their dream of living in a place that could withstand multi-megaton blasts. Looking at the specs on the properties, it’s easy to see the appeal: huge amounts of floor space, ample land as part of the deal, easy heating and cooling, and the James Bond appeal of living in a secret underground lair. The site also touts the unique, collectibility of these properties as well. They claim that due to the provisions of international treaties sites decomissioned after 1965 are being imploded, making these properties exceedingly rare.

Though understandably desirable, the features of these unique properties are often a strange mix of the mundane and the bizarre. Take for instance, this description of the average Atlas-E missile base:

Heavy concrete construction with 18″ thick ceilings and walls with a 3 ft. layer of earth covering all structures make heating and cooling easy, as well as providing ample protection from storms etc. App.1500 sq. ft of floor-space with minimal stairs; the only of our structures with drive-in access. The Atlas E is the most highly desired for retrofit use. […] The Missile Bay lies to the east, and it has outside drive-in access through a 47 ton blast door, which is 20 ft. wide and 18 ft. high.

Now, you might think that building a home inside a concrete subterranean bunker originally designed to rain atomic death on to humanity might be a little far fetched, but many have already taken up the challenge. People have turned these sterile bunkers into comfortable looking homes, one even adding his own airstrip. Not the least of these startling transformations is Jackson Heights High & Middle School. Though not a customer of 20th Century Castles, it was built on an old Atlas-E site and is a clever example of property recycling.

Some might be worried that because these sites once housed nuclear weapons, there may be some kind of lingering health risk. For the worry-wort in the family, 20th Century Castles points out:

The U.S. Army Corps of Engineers is mandated through the F.U.D.S. (Formerly Used Defense Sites) program to collect environmental data and remediate any problems on these first generations sites, giving owners information and protection as to any residual contamination issues.

So if you’ve got $200k-3mil lying around, a can-do attitude, and DIY mentality, then why wait? Buy a missile base today!