You Could Own the Sea Shadow Stealth Ship and Historic CIA Barge for a Mere $100,420 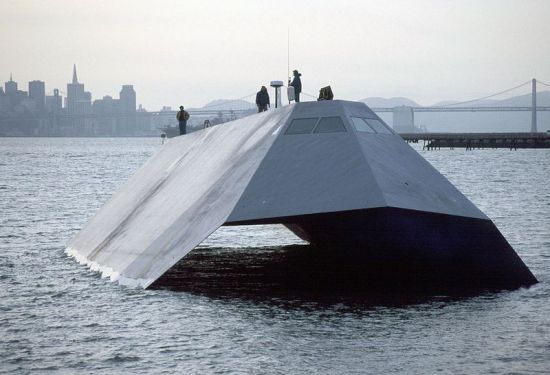 Warm up your credit cards because Uncle Sam is having a garage sale! For the low, low price of $100,420, you could be the proud owner of the Sea Shadow prototype stealth ship! And that’s not all — by ponying up all that cash, you’ll also be agreeing to take possession of the Hughes Mining Barge (HMB-1), which was reportedly built to hide the CIA’s recovery of the downed Soviet submarine K-129. Two great pieces of outdated top secret history for the price of one!

The sale of the two craft is being handled by the General Services Administration’s auction site — think of it as eBay for government surplus. The auction only has five days left, a reserve of $10,000, and a top bid placed just this past Friday of $100,420.

Of course, there are some catches. In addition to the sky-high asking price and needing to take possession of both Seas Shadow and the HMB-1 simultaneously, the terms of the deal require that the winner of the auction completely dismantle the Sea Shadow for scrap. Sorry guys: No pleasure boating. From the GSA auction:

[All caps theirs] THE EX-SEA SHADOW SHALL BE DISPOSED OF BY COMPLETELY DISMANTLING AND SCRAPPING WITHIN THE U.S.A. DISMANTILING IS DEFINED AS REDUCING THE PROPERTY SUCH AS IT HAS NO VALUE EXCEPT FOR ITS BASIC MATERIAL CONTENT.

The Sea Shadow has been paired with the HMB-1 since the stealth craft’s inception, and the floating drydock has continued to house the craft after it was removed from service in 2006. Since then, the pair have been quietly rusting in the Suisun Bay Reserve Fleet, with the hopes that an interested museum would want to take on the strange vessel. There were, obviously, no takers.

The HMB-1 has had a bit of a storied history itself. A completely submersible drydock barge, it was built to work in conjunction with the Glomar Explorer as part of an elaborate CIA effort to raise the Soviet submarine K-129 called project Azorian. Built by eccentric mogol Howard Hughes, the barge featured a retractable roof and was meant to fit beneath the Glomar where a large mechanical arm would descend to the ocean floor and pluck the submarine from the depths. Though operation Azorian was only partially successful, HMB-1 found new life as the perfect way to develop and test the Sea Shadow away from prying eyes.

And if all that isn’t enough, the Sea Shadow inspired the ship used in Tomorrow Never Dies. If that doesn’t get you to plonk down a life’s savings than I don’t know what will. 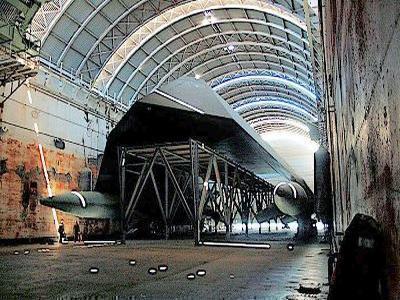 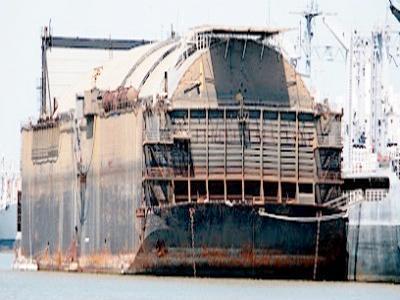 Here’s the two of them together, in more hopeful times. The HMB-1 is on the left. (via) 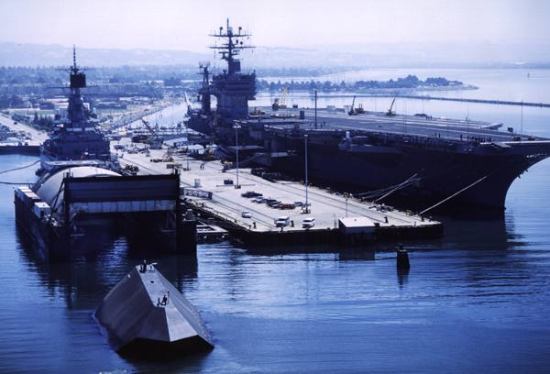 (Defense Tech via Slashdot, top image via Wikipedia, all other images via GSA auctions)