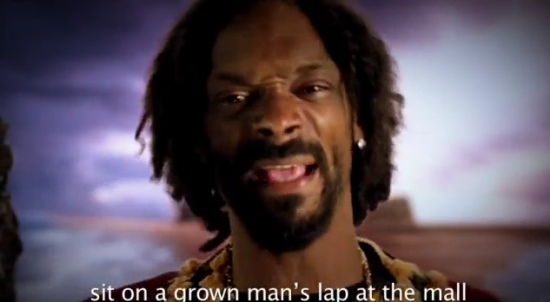 As geeks, we often find ourselves asking “Who would win a fight between…” but it turns out we’ve been asking the wrong question all along. What we should have been asking was “Who would win in an epic rap battle between…” Thankfully there’s the Epic Rap Battles of History channel on YouTube, and in its latest installment they settle the biggest holiday rivalry of all: Santa Claus vs. Moses, with Snoop Dogg himself rapping as Moses.

Earlier Epic Rap Battles include Doc Brown vs. Doctor Who, Freddy Mercury vs. Frank Sinatra, and Batman vs. Sherlock Holmes. They’re all tremendous, but this one is especially epic due to its inclusion of one of the best rappers in the game, Snoop Dogg. Or Lion. Whatever.

I grew up celebrating Christmas, but I don’t know… Snoop makes some pretty good points.