Square Introduces Gift Cards Just in Time for the Holidays 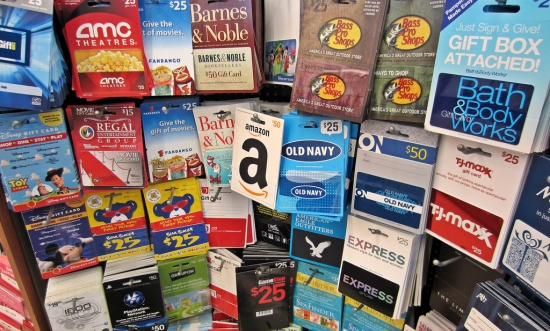 Need a last minute present this holiday season, but can’t be bothered to go to the gas station to pick up a gift card? Now you won’t have to. Square has just introduced gift cards that can be purchased, sent, received, and used all through your mobile device. Now, not only can you do your holiday shopping from home, but you can do it from your phone, on the toilet. Now that’s multitasking.

With mobile payment options becoming more widely available and accepted, it’s about time this happened. Square, which is known mainly for allowing merchants to easily take credit card payments, is branching out a bit with their new gift card features.

Users will now be able to send and use gift cards from their Android device or iPhone. Square founder Jack Dorsey claims on Twitter that the gift cards are easily redeemed using Square Wallet, Apple Passbook, or by printing a physical version bearing a unique QR code. He even used it to send his father a gift card for coffee. What a good son.

A week of cappuccinos for my dad. twitter.com/jack/status/27…

Changes have come to the merchant side of Square’s operation as well. Their Square Register app is now able to accept gift card payments from users of Passbook or Wallet, as well as by scanning printed QR code versions of the gift cards.

This is great for anyone who’s looking to get all of their holiday shopping done in under ten minutes, or who is too lazy to order everything off Amazon like we do.