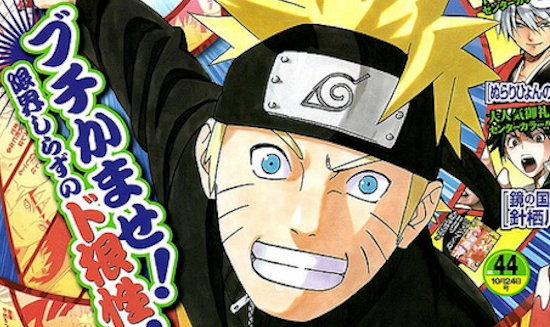 Put down those mangas and listen up, anime fans sadly living on the western side of the world! Namco Bandai Group has recently announced that Japan will be playing host to a Weekly Shonen Jump indoor theme park in the summer of 2013 — a veritable Xanadu for the avid otaku, featuring attractions and costumed mascots based on the manga anthology’s most popular franchises: Naruto, Dragon Ball Z, and One Piece. Buying a one-way plane ticket to Japan may mean cutting back on your ramen and exorbitantly overpriced anime collectibles budget, but getting the chance to embrace an apathetic minimum wage park employee dressed as Monkey D. Luffy will be worth the trip! 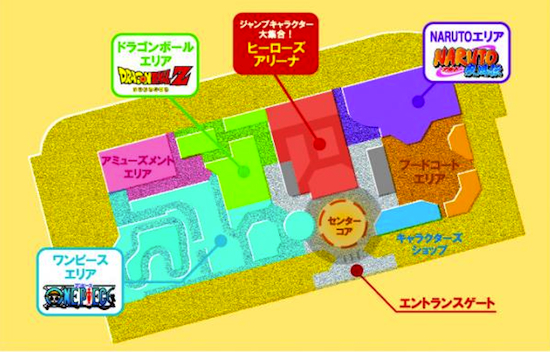 According to the company’s press release, the indoor theme park will be held on the third floor of the Sunshine City World Import Mart in Ikebukuro, Tokyo, much to the chagrin of regular shoppers hoping to have a quiet afternoon browsing stores instead of getting crushed on the escalator by five fat guys dressed as Vegeta.

The park will also boast four areas of interest including the “Hero’s Area,” “Amusement Area,” “Food & Desert Area,” and the one place to blow all your hard-earned in cash in under 10 minutes on “limited edition” items, the “Goods Shop” — because Namco Bandai strongly believes that what you need most in this world is that gold-painted variant of the Piccolo action figure you already own, like, 20 variants of.

Now, our Japanese leaves much to be desired, but based on the above theme park layout, it looks like there’s other areas Namco Bandai overlooked. That yellow circle, from what we can tell, looks like a stage where otaku can read their 100+ pages of fan fiction aloud for everybody to hear. Ain’t that swell?