A Polite Discussion on How to Properly Throw a Raccoon

Assuming you must toss a raccoon, that is. 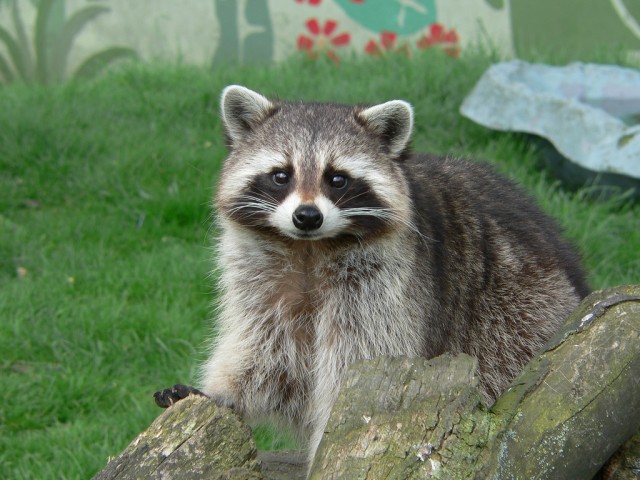 As you may or may not be aware, Digg founder Kevin Rose made waves on the Internet over the past couple days by posting a security video where, in an effort to save his dog Toaster, he tossed a raccoon down a flight of stairs. Part of this interest comes from the inevitable group calling his actions “animal abuse,” but the other segment of viewers are surely tuning in simply because, well, it’s Rose tossing a raccoon. It’s with this in mind that we present a polite discussion on how to properly throw a raccoon.

Here’s the video of Rose banishing the creature after it attacks his dog, Toaster:

Rollin: First off, Rose is totally justified in chucking that critter. A raccoon is basically just a malignant ball of hate and claws and teeth. I’m not arguing for wanton throwing of raccoons, but it’s clear that a little force was needed in this particular instance. If you watch the security video, Rose winds back for leverage after grabbing the animal and then tosses him overhead style. Big. Mistake. This could have quickly gone horribly wrong if the raccoon had managed to get a piece of Rose’s exposed neck or face, pretty much anything in the general head area. My suggestion for how to get rid of the thing? Anything but what he actually did, pretty much.

Ian: As Rollin points out, this is a pretty poor technique for throwing a raccoon. The animal, which is probably crawling with rabies, vermin, and other undesirables, gets closer to Rose’s head than is really necessary, putting Rose in danger of being attacked himself. My advice? Rose should have thrown the raccoon from his hips, with one hand grasping the neck and another gripping it just above the tail, a variation on the “shoulders and belt” grip popularized by cartoon bouncers everywhere. Not only would this have minimized the danger of Rose being bitten, but it would have been responsible for getting mad air under that raccoon.

Glen: I don’t want to “Monday Morning Football Man” Rose here, but from the video it looks like maybe tossing the raccoon over that fence instead of down the stairs was the better option. It looks like there’s nowhere to go but right back up the stairs. I’m sure Rose will catch some heat from animal rights activists, but personally I think the raccoon got off easy. I’m glad Toaster is okay.

Victoria: There’s just no technique in his throwing and that saddens me. How hard would it have been to do a bit of raccoon toss training? Not with actual raccoons, of course, but you know — any opportunity to make a training montage music video is one that should be taken.

(via The Daily Dot, image via Harlequeen)