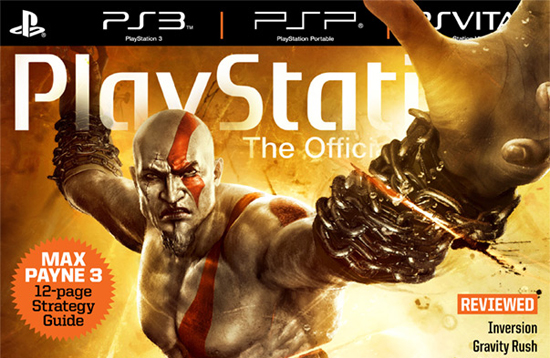 It was only just this past August that we learned that Future Publishing would be shutting down Nintendo Power, but it looks like that’s not the only publication the editorial giant will be bringing to a close. PlayStation: The Official Magazine has now hit the chopping block, with the magazine’s final issue reportedly being the Holiday 2012 issue scheduled to drop on November 20th. For those keeping track at home, that puts the print industry at a minimum of three major closures since 2011.

GamePro last year, Nintendo Power this year, and now PlayStation: The Official Magazine. For folks wanting to check out games in print, the coverage is dwindling fast. Game Informer will probably never go away, but that’s more of a mixed blessing than anything else. Being so intricately tied to GameStop has kept them afloat, but it has its own set of baggage as well.