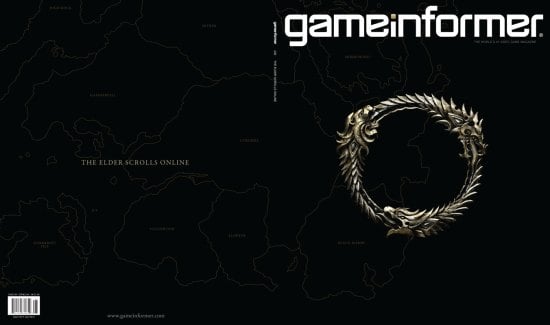 In a move that many gamers have been wondering about for years, The Elder Scrolls series will finally be taken to the MMO arena with The Elder Scrolls Online, as revealed by the cover of the June issue of Game Informer.

Details are currently slim, as the June issue hasn’t been stuffed into mailboxes as of yet, but Zenimax Online Studios will be handling the game’s development. The game will be set one thousand years before the events of Skyrim, which in turn was set two hundred years after Oblivion, which itself was set six years after Morrowind. The story will revolve around the daedric prince Molag Bal and his attempt to pull all of Tamriel into the demonic realm.

Game director Matt Firor, who cut his chops on the venerable Dark Age of Camelot, had optimistic, albeit not revealing things to say about the reveal:

“It will be extremely rewarding finally to unveil what we have been developing the last several years. The entire team is committed to creating the best MMO ever made – and one that is worthy of The Elder Scrolls franchise.”

The teaser reveal over on Game Informer divulges that the game will feature solo quests and public dungeons, as well as a “player-driven PvP conflict that pits the three player factions against each other in open-world warfare over the province of Cyrodiil and the Emperor’s throne itself.”

A teaser trailer for the game will release tomorrow, and the game itself is set to release sometime in 2013.

As a longtime fan of the series, I — and probably many other Elder Scrolls gamers — have wondered when the series will finally be taken online, as the games in the series are usually the best MMORPGs on the market, except they aren’t online at all. The series has always seemed prime to break that single player barrier, and it should at the very least be fairly interesting to see how they translate the usual mechanics to an online venue.