No money, no DRM, no problem. 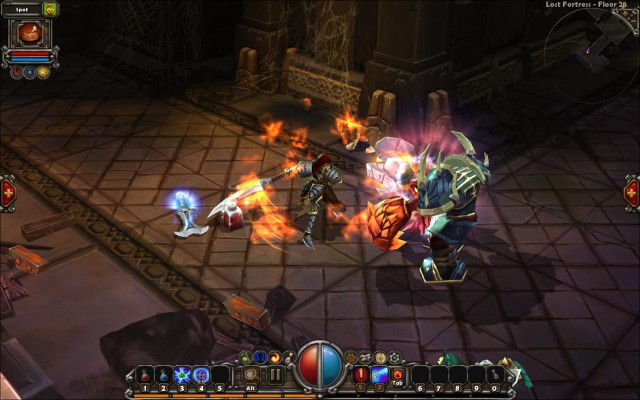 In need of new dungeon crawler time sink? Don’t like spending money? Then GOG.com has something to scratch your itch. From now until Thursday, you can download the action-RPG Torchlight for free. The best part about this is that there’s absolutely no catch — all you have to do is sign up for a free account on GOG.com. There’s no DRM to keep you from playing, either. That’s because the whole point of the download is to promote the site’s 2013 #noDRM Summer Sale.

DRM is an especially hot topic now, particularly due to the Xbox One’s use of it. This has become a primary source of contention between consumers and game publishers.  “We’re very glad to see that the issue of restrictive digital rights management has become an item of public debate, and we want to make sure that our #NoDRM stance is clear,” GOG said.

Just like in Torchlight itself, the sale has  plenty of other loot for deal hunters. There’ll be new deals every day, discounting games up to 85%.  The sale kicks off today, with two deals: All 10 of the Dungeons & Dragons titles on the site — including the beloved Baldur’s Gate games — are on sale as a package for $21, down from $105. The two games in the Alan Wake franchise are also bundled together for 90% off, marking them down from $44 to $4. While PC folks are highly anticipating the equally cheap Steam Summer Sale, this Torchlight download and the GOG 2013 #noDRM sale really shouldn’t be so hastily overlooked.