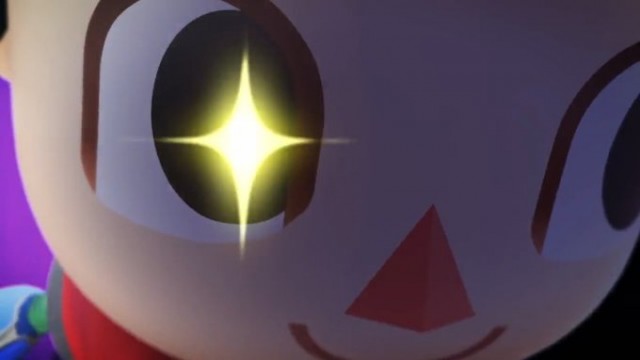 Thanks to E3, we saw our first look at the upcoming Super Smash Bros. games for Wii U and 3DS. Three newcomers to the roster of Nintendo’s all-star fighting franchise were revealed: Mega Man, Wii Fit Trainer, and Animal Crossing‘s Villager. At first, gamers seemed to be extremely hyped over the inclusion of Mega, but then something strange happened. Seemingly overnight, the Internet noticed just how creepy the Villager could be. This caused a new meme to arise, and it’s only gotten creepier since inception.

Dozens of images have been made, portraying the ax-wielding villager as a psychopath out to kill Mario, Link, and the rest of the Smash Bros. crew. He will capture you with a butterfly net, and carry you off to get stuffed and put on display at his town’s museum. He will use his shovel to literally dig your grave. And if those methods don’t work, he will straight-up murder you with his weapon. Yeah.

Considering the peaceful nature of the Animal Crossing series, this is all the more disturbing — I may never think of a butterfly net the same way again. That’s not to say what the Internet’s done with the Villager into isn’t something hysterical, though. Check it out: