Saints Row IV Almost Had a Dragon You Could Ride, Still Has Jane Austen

This is possibly the most depressing news, thought at least we have Pride and Prejudice. 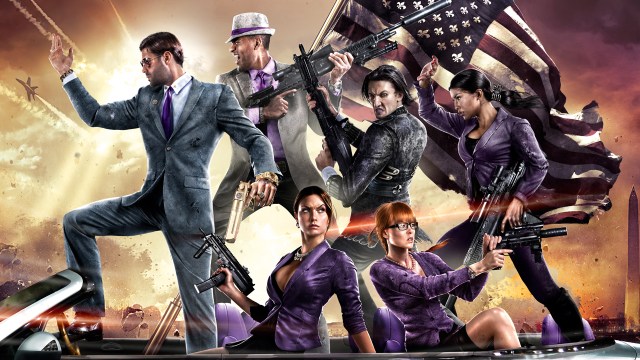 Saints Row IV has embraced the crazy, having the series’ criminal player character become the President of the United States, battle an alien invasion, and acquire superpowers, and that’s not even getting into the dubstep gun. But if you’re worried the series is becoming too silly and immature, know that Volition has injected several doses of high culture into the game. “They will get more fucking Jane Austen than any other M-Rated game they could possibly buy,” says creative director Steve Jaros.

In an interview with The Gameological Society, Jaros revealed the surprising cultural depth in the open-world game. When asked what aliens would think if they discovered the game as the sole representation of humanity, he said “they will have an embracement of culture,” including the first chapter of Pride and Prejudice read aloud on the game’s radio and many nods to classic literature. The game also finds room for thoughtful discourse between superpowered street thugs leaping tall buildings in a single bound and making aliens’ heads explode with the Inflato Ray. “They’ll learn about politics, they’ll learn about executive branches, because our villain is an erudite man.”

Jaros summed up the contrasts of Saints Row IV by describing its hypothetical $1,000 deluxe edition, which would include a bottle of 30-year-old single-malt whiskey, the complete works of William Shakespeare, tickets to Wrestlemania, and a mixtape of show tunes. He also suggested the game would go well with a rich Malbec wine.

In the interview’s most disappointing moment, he confessed that the game almost had a fire-breathing, flying, rideable dragon, but it had to be cut due to the time it took to animate properly. For the time being, having both Pride and Prejudice and the President of the United States riding a dragon in a single game, generally accepted to be the pinnacle of video game design, cannot be achieved, but there’s always next time.