Oh, Don Mattrick. This is really not the best way to sell a thing. 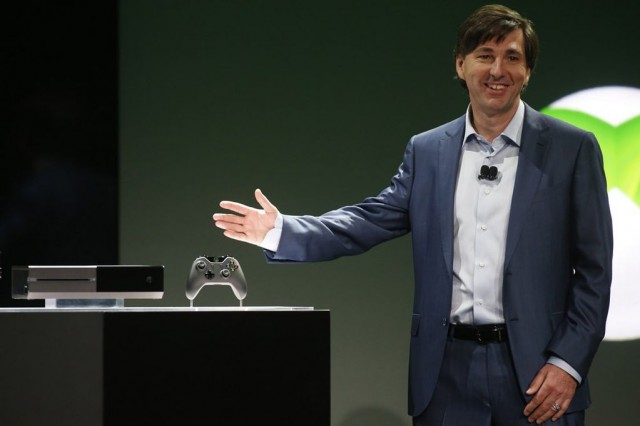 Don Mattrick, Microsoft’s chief of interactive entertainment, was asked in an interview with Geoff Keighley at E3 about the company’s controversial decision to force the Xbox One to phone home once every 24 hours via the Internet. Specifically, Keighley asked Mattrick what he would tell gamers who want to buy the upcoming console but have limited Internet access. The response was something so ostensibly ridiculous that it’s surprising he didn’t have Jim Guthrie (composer of the Xbox One title Below) play him off.

“Fortunately we have a product for people who aren’t able to get some form of connectivity,” Mattrick said. “It’s called Xbox 360.”

Yes, you read that right. Mattrick is suggesting people who cannot constantly keep a game system connected to the internet ignore the product the company has been trying to promote and instead buy a soon-to-be obsolete product. And if you live in Asia, Microsoft is also suggesting you not pick up the Xbox One. Because you can’t. Not until late 2014, anyway.

Microsoft’s recently said that the Xbox One will not be launched in Asia until late 2014.  The company hasn’t given a reason for such a long gap between releases. Presumably, this is due to the dwindling sales of the Xbox 360 in Japan — recent games such as Gears of War: Judgment and Ninja Gaiden 3: Razor’s Edge have sold rather poorly.  Still, this will completely remove one of the “Big 3” from the market in Asia for a not insignificant amount of time.  So not only is the stance Microsoft’s taking in limiting its consumers absurd, but also damaging to the console’s future worldwide appeal.

But who knows?  Perhaps the Xbox One’s later launch in Asia will give them time to formulate an excellent strategy and game lineup to appeal to the tastes of that audience. If not, maybe Mattrick will suggest they buy an Xbox 360 too.