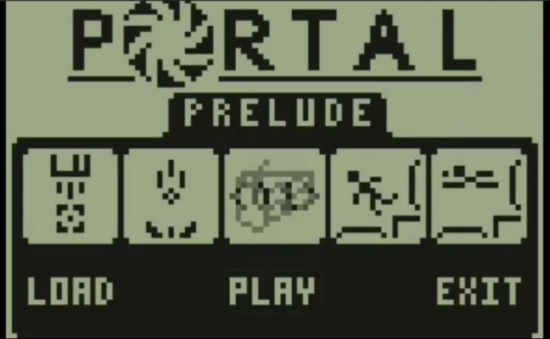 Portal Prelude is the project of Reddit user BuilderBoy2005, and since this is the final version of a project that took him years to make, I say that today he is a BuilderMan. Prelude has 38 levels of side-scrolling, puzzle-solving Portal goodness. It’s fun to see a 2D adaptation of a game that so heavily relied on thinking in three-dimensional space.

Prelude looks like it makes about as good of use of the calculator’s 94 x 64 resolution as can be expected, but if you’re focusing on the graphics of a game for a calculator you need get your priorities in order. I tried getting this to work in a TI-84 emulator using Linux, but didn’t have any luck. For now I’ll have to settle for watching this video of the game a few more dozen times.

If you happen to have a TI-83 or TI-84 on hand you can download the game for free here and give it a shot. Let us know what you think.