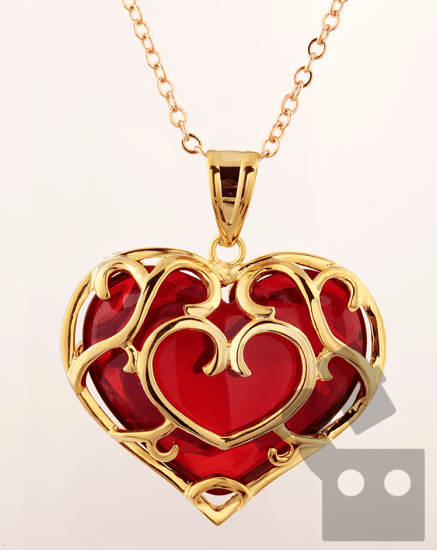 The Pixel Smith is just starting out in this big wide world of selling nerdy jewelry and accessories, but if their first offering is any indication, it’s probably a good thing that they’re stress testing their website. This Piece of Hard Pendant, based on designs from The Legend of Zelda: Skyward Sword, is as pretty as it gets, and for less than $25… well. I imagine they’re going to get a lot of preorders.

(The Pixel Smith via Fashionably Geek.)