Don’t Ask for The Moon, Ask for the Apollo Lander: The Jewelry of The Science Boutique 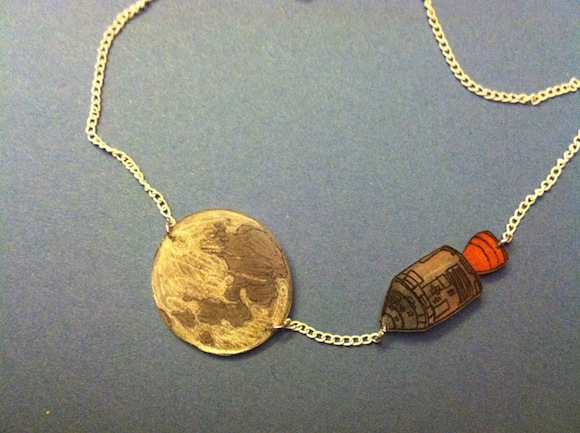 On this Memorial Day Monday, when sales and special offers abound, you might be tempted to some retail therapy, and we wouldn’t blame you. But might we recommend Churrts Etsy store The Science Boutique, whether you’re looking for a hair clip with Nikola Tesla on it, or just something to round out your Ms. Frizzle cosplay. 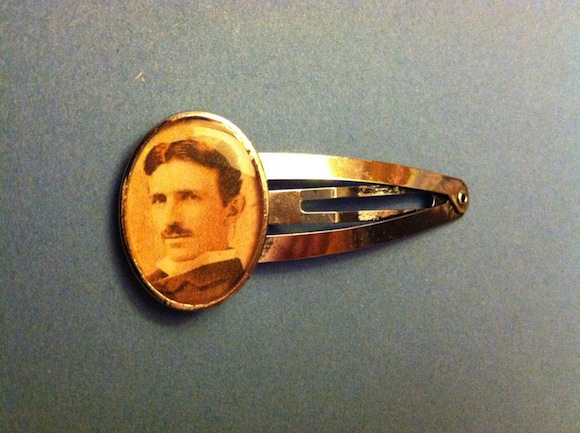 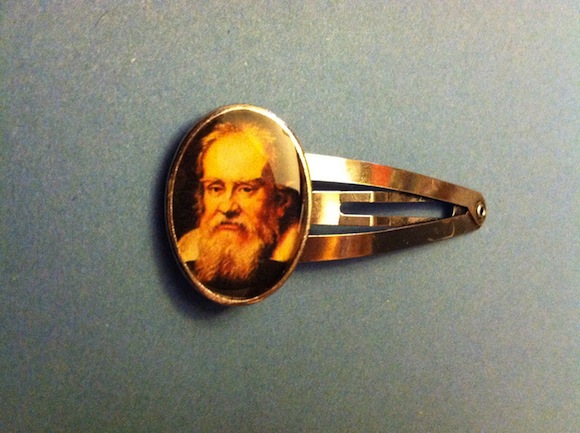 That’s right, Galileo. You’re on a hairclip. And now for the Frizz: 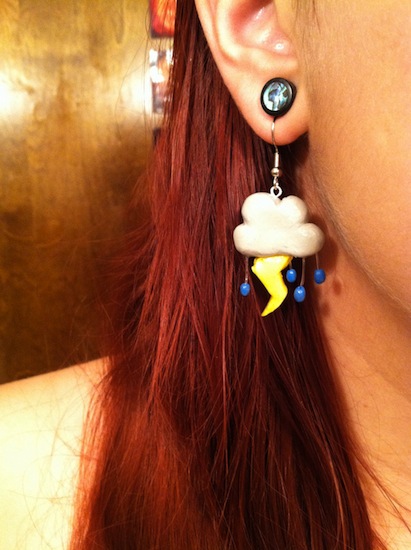 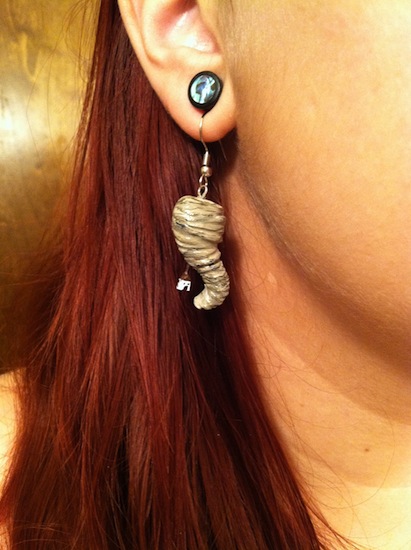 A rainstorm and a tornado, complete with tiny flying house. But lets get out of this local atmosphere, first with the Hubble Space Telescope, 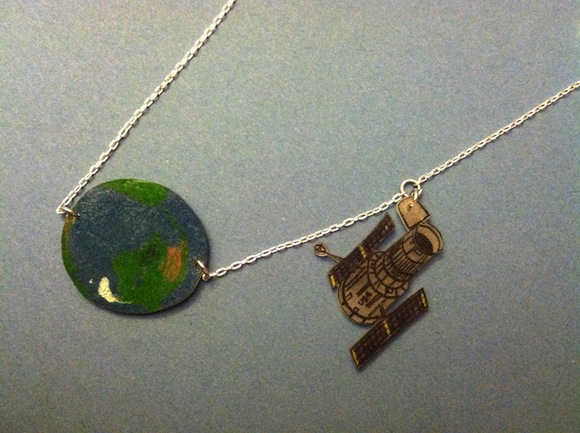 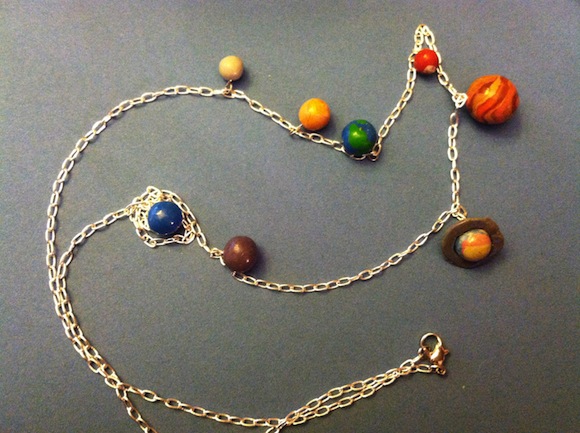 And then with the Solar System itself. Says Churrts:

This necklace has all 8 major planets of our Solar System. The distances between the four terrestrial planets (Mercury, Venus, Earth and Mars) are to scale with each other where each chain link represents about 4 million miles. The distances between the Jovian planets (Jupiter, Saturn, Uranus and Neptune) are to scale with each other, as well as the distance between Mars and Jupiter, with each chain link representing 31 million miles. If the distances in the whole necklace were to be at the same scale, all of the terrestrial planets would be on the same link.

Ahh, getting a science lesson in the description of a necklace. Perfection.

Check out the shop, with lots more cool stuff, here.