A Peek Into The Alternate Universe Where Patrick Stewart Has Hair, Is Still Friends With Ian McKellen 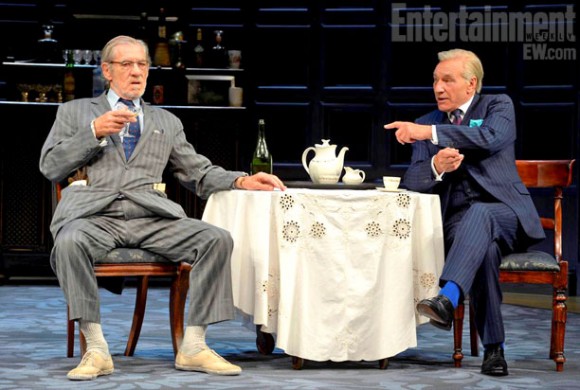 At first, I had some trouble recognizing Sir Patrick Stewart without his signature lack of locks. Fortunately, I just used context clues to figure out that it must be Sir Patrick Stewart, since Sir Ian McKellen is next to him. Because they are the perfect pair on inseparable best buddies. Here, the pair are actually playing Hirst and Spooner in Harold Pinter’s No Man’s Land, though the play will be paired with Waiting For Godot, in which the two play Vladimir and Estragon at Berkley Repertory Theatre in Berkley, California through August 31. For east coast fans, the show is coming to Broadway via the Cort Theatre, and will open November 24. You can check out a video teasing the plays at EW.