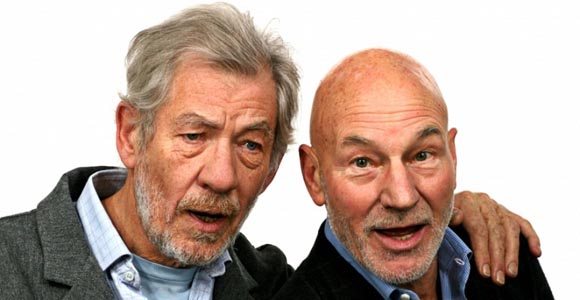 In what may be one of the greatest moments in geek history, it was announced Sir Ian McKellen would marry longtime friend and colleague Sir Patrick Stewart. The only way this story could have been better would be if they were marrying each other.

McKellen appeared on The Jonathan Ross Show over the weekend and dropped the bomb. He would be officiating the marriage of Stewart to his fiancée, Sunny Ozell. “I’m going to marry Patrick,” he blurted out while on the topic of X-Men: Days of Future Past, “How else do you put that? I’m going to officiate at his wedding.”

No word on where or when the ceremony will take place but this isn’t the first time McKellen has officiated a ceremony. He mentioned the most recent was for two men in the U.K, that he wore a white gown, and cried his eyes out. I’m just going to assume he was wearing his Gandalf costume.

Edit: Here’s the video from the show: