Sir Patrick Stewart Tweets About Eating Pizza, Is Better Than You While Doing So 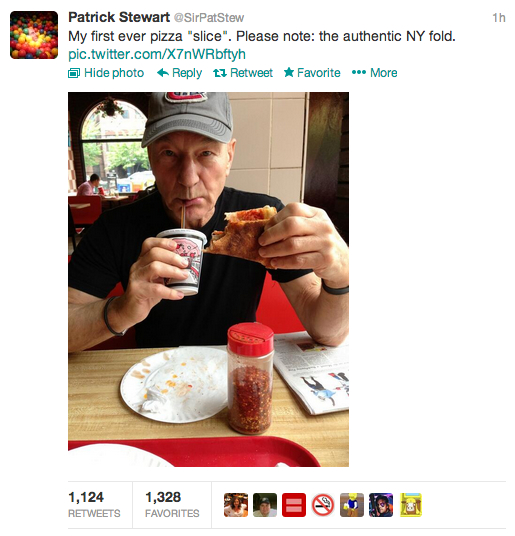 Side note: “first ever pizza ‘slice.'” Has he not eaten pizza before? Or has he just not gone out and gotten a slice before this? What’s going on?!