NYT Op-Ed on Yoga Pants Is Garbage | The Mary Sue 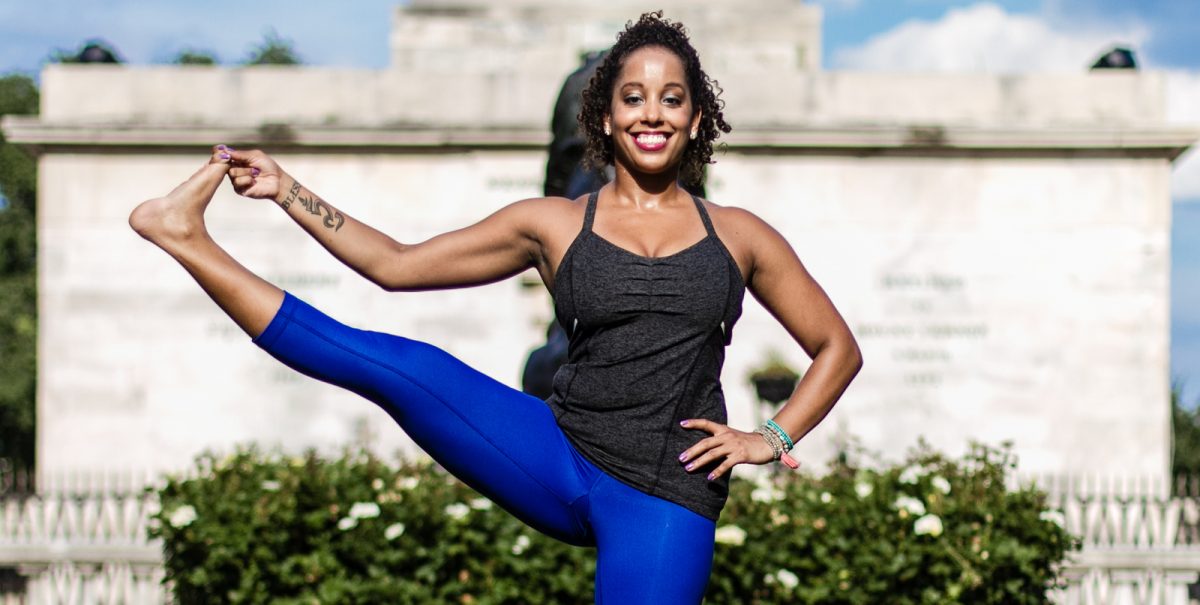 If you want to stop school shootings, it’s not enough just to vent and march. It’s necessary to let people from Red America lead the way, and to show respect to gun owners at all points https://t.co/BBrlNIlzY3

That’s despicable. But this past Sunday, they published a take so bland, so inane, it feels like the New York Times has to be trolling us. That’s the only explanation I can think of for why this renowned newspaper is trotting out the tired, sexist argument that women are dressing wrong.

Now we have to look hot at the gym? Give us a break. https://t.co/FnOAYdUpLe

The author, Honor Jones (who may or may not be a real person) makes the case that “yoga pants are bad for women.” Or at least, she tries. Jones is angry that the popularity of yoga pants has pushed poor sweatpants out of style. She says that she recently went to the gym in sweatpants and claims that “A few women gave me funny looks.” Do we think Jones’ gym wear hangups might have her projecting a bit? Maybe.

Jones writes that “It’s not good manners for women to tell other women how to dress,” before dedicating another 600 words to telling women how to dress. She takes issue with the fact that yoga pants make women look “hot” in a way sweatpants don’t (although she also says women over 30 shouldn’t wear yoga pants because they “show every dimple and roll” in a decidedly not hot way), and women shouldn’t be forced to have to dress hot all the time.

“We aren’t wearing these workout clothes because they’re cooler or more comfortable,” she writes. “(You think the selling point of Lululemon’s Reveal Tight Precision pants is really the way their moth-eaten design provides a “much-needed dose of airflow”?) We’re wearing them because they’re sexy.”

I would very much like for Jones to take that “we” out of her mouth. It’s pretty presumptuous to claim to know why yoga pants appeal to every woman who wears them. She’s choosing to ignore the comfort and functionality of yoga pants. And yes, there are many different patterns and styles of yoga pants because while I personally spend a majority of my life in yoga pants for those very reasons (I work from home and I do yoga–yes, I wear yoga pants a lot), I don’t see any harm in choosing comfortable pants that also match my personal style or make me feel confident.

Now, I 100% agree that there is far too much pressure on women to appear attractive, but I am 0% onboard with Jones’ attempt to shame anyone’s clothing choices. But her barely-there argument really goes off the rails when she states she’s “annoyed by the whole booming industry around women’s exercise.” She condemns the rise of the studio class, like barre and spin. According to Jones, “All of this turns working out from a healthy thing you might do twice a week into a Way of Life.”

That ignores a lot of things. Like, for example, the camaraderie of classes, the intimidation many people–especially women–feel when walking into a gym full of weightlifting equipment (not to mention the frequent mansplaining many women experience in such a setting), or the potential difficulty of getting a challenging workout without the guidance of an instructor. Instead, Jones is focusing on how much money women spend on gym memberships and pants.

Some women wear yoga pants because they’re comfortable. Some wear them because they feel cute in them, and that works as motivation to work out. Some women like the way they look or feel in them and want to wear them whether or not they plan to hit the gym. People are always going to find a reason to criticize women, whether it’s judging them for wanting to dress “hot,” or it’s someone else who thinks yoga pants are sloppy or too casual. Women will be judged for being overweight, and they’ll be mocked for spending what some feel is too much money on a spin class. Just stop telling women they’re doing shit wrong.

Yoga pants aren’t bad for women; articles like this NYT garbage are.

(image: daverose259 on Visualhunt/ CC BY)